ICC Champions Trophy 2013: Pakistan suffer major blow ahead of tournament after Umar Gul is ruled out due to a knee injury 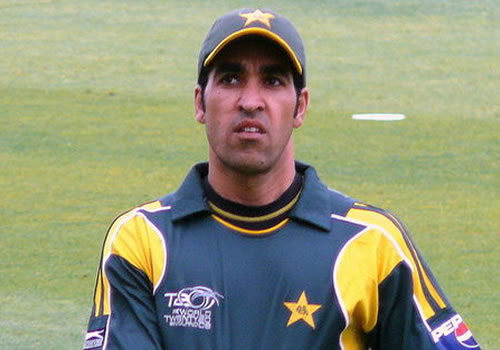 Umar Gul has been ruled out of the Champions Trophy with a knee injury Photo: the junes/Wikimedia

Pakistan have been dealt a major blow ahead of the ICC Champions Trophy after Umar Gul was ruled out of the tournament with a knee injury.

The fast bowler complained of knee trouble during last month’s tour of South Africa and has been sidelined ever since after playing the first two games of the five-match one-day series which the hosts edged 3-2.

“He was rested for the last two one-dayers for imminent damage to his medial meniscus and bone of the right knee.

“A later MRI scan confirmed a full thickness tear of the posterior horn of medial meniscus with patchy bone bruising on his right knee.”

The scans were sent to a specialist in Australia who advised surgery and estimated a rehabilitation period of eight to 12 weeks after the operation.

Gul will fly to Australia in the first week of May to undergo the operation and will miss Pakistan’s forthcoming tour of Scotland and Ireland, as well as the Champions Trophy.

The 29-year-old’s absence is a severe dent to Pakistan’s hopes of lifting the trophy in England, given his record with the ball in the shorter formats of the game.

Pakistan are in Group B alongside India, West Indies and South Africa, while defending champions Australia, Sri Lanka, England and New Zealand form Group A.

Sergio Perez feeling the pressure of driving for McLaren