Liverpool transfers: Toby Alderweireld has opened the door to a summer move to Anfield by saying that the club "meets his criteria" 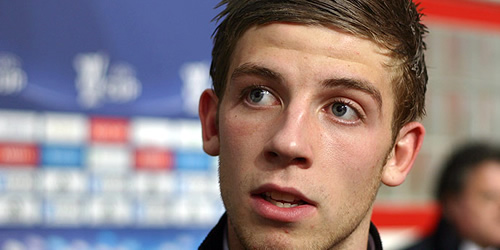 Toby Alderweireld is keen on a move to Liverpool Photo: Paul Blank

Toby Alderweireld has opened the door to a summer transfer to Liverpool by claiming that the Premier League club “meet his criteria”.

The Ajax defender has been linked with a move to England in recent weeks, with Newcastle also understood to be pondering a summer bid for the 24-year-old.

Alderweireld, who has 23 Belgium caps to his name, has made 40 appearances for Ajax this season and has scored four goals.

And amid reports that Liverpool are putting together an £8m summer bid for the centre-half, he has singled out Anfield as his preferred destination.

“Usually I do not want to play for an English club that’s in mid-table,” Alderweireld is quoted as saying by Metro.

“But, unlike Newcastle, Liverpool meet my [other] criteria.”

Brendan Rodgers is keen to bolster his defensive options this summer, with Jamie Carragher set to hang up his boots at the end of the season.

The Reds have been linked with moves for the likes of Swansea City captain Ashley Williams and PSG defender Mamadou Sakho.

Brazil international Dede has also been touted as a possible transfer target for the Reds, and his agent this week confirmed that the Merseysiders are interested in his clients’ services.

“There is interest from Liverpool,” said Giuliano Aranda. “But there have been no talks between me and that club.”