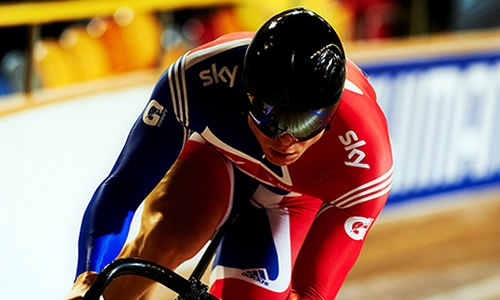 Hoy, who carried the British flag at the London 2012 opening ceremony, is Britain’s most successful Olympic athlete with six golds and one silver from four Games appearances.

But, at 37, he has decided not to continue to the 2014 Commonwealth Games, which will staged at a velodrome named after him.

“Throughout his remarkable career, Sir Chris Hoy has exemplified the values that define an Olympic champion,” said Lord Coe.

“His pursuit of excellence has been tireless. His respect for opponents, and commitment to clean competition, has been unwavering.

“And his dignity in victory has set an example that generations of Team GB athletes will strive to emulate. Chris is an icon and he has earned a revered place among our nation’s greatest sporting heroes.

“His gold medal triumphs this past summer in London are two of the defining moments of the Games, and were a source of pride and inspiration for millions throughout our country.

“We are grateful that Chris has chosen to continue his association with the British Olympic Association by serving as a Glasgow 2018 Champion in its bid to host the Youth Olympic Games.

“As he transitions now from his unparalleled competitive career and takes on a series of new and different challenges, we wish Sir Chris the very best for continued success, and we thank him for his commitment to Team GB and the Olympic Movement.”

Sir Dave Brailsford also praised Hoy’s contribution to British cycling – claiming his dedication to Olympic success was “second to none”.

British Cycling’s performance director has seen first-hand the hours of effort that Hoy has put into his career, during energy sapping training sessions at the velodrome in Manchester.

And he believes his legacy is secure, with the likes of fellow Olympic champions Jason Kenny and Laura Trott both crediting Hoy with inspiring their careers.

“I can’t speak highly enough of Chris and his career,” said Brailsford.

“On a personal note I will never forget his kilo in Athens – it was one of the most epic Olympic moments that I’ve ever experienced, the tension in the build-up was unreal. His application, athleticism and dedication are second to none and I’ve said it many times but he is a true Olympic champion who embodies all of the Olympic values.

“Chris is always welcome to come back to the velodrome and share his experiences and wisdom with the next generation of cyclists, and I wish him the best of luck in his retirement.”

Hoy’s success also inspired thousands of people to get on bikes, according to British Cycling president Brian Cookson.

“The impact that Sir Chris Hoy has had on our sport since he won his first gold medal in Athens in 2004 is unparalleled,” he said.

“It goes without saying that not only is Chris an absolutely phenomenal athlete, but he is also an exceptional individual. The fact that he’s acquired six gold medals and is Britain’s most successful ever Olympian is testament to this.

“But Chris has done so much more for cycling – he was one of the first track riders to propel cycling into the mainstream back in 2008, bringing track cycling to new audiences and inspiring thousands of people to get on their bikes.

“Chris has always been a fantastic role model – his professionalism, passion for the sport and his determination to succeed at the highest level is central to the Great Britain cycling team ethos and is something that he has helped to foster amongst his colleagues as they look ahead to Rio.”