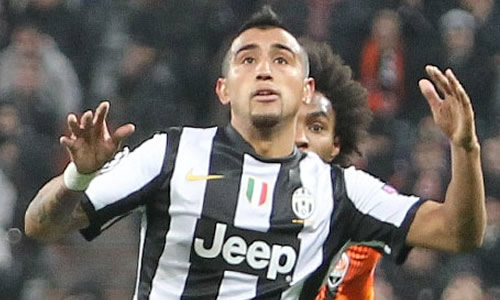 Arturo Vidal will not be sold in the summer despite interest from Manchester City, according to Juventus general director Beppe Marotta.

The Chile international has been linked with a move to the defending Premier League champions in recent months after his eye-catching form for the Serie A leaders.

The 25-year-old has scored 12 goals in 38 appearances in all competitions this season, with his brace helping Juve to a 2-0 victory in Lazio on Monday night.

However, Marotta is adamant none of Antonio Conte’s key players will be sold at the end of the season regardless of interest from their European rivals.

“We are not a club that sells. Last season there were big requests as well, but I repeat, we are not sellers,” Marotta said.

But the France international’s agent Mino Raiola said Los Blancos must contact him before any deal can be done for the youngster.

“If [Florentino] Perez wants them, he has to call me. He has to deal with me,” Raiola told Tuttosport.

“Real are not the only ones, there are clubs all over the world that would like Pogba and Niang.

“Nowadays there are no contracts that can tie a player to one club. Nobody is bulletproof when you’re appreciated all over the world.”

Eden Hazard: Chelsea were ‘frightened’ of Man City at Wembley