‘Man United fans should be embarrassed by acoustic engineer appointment’ 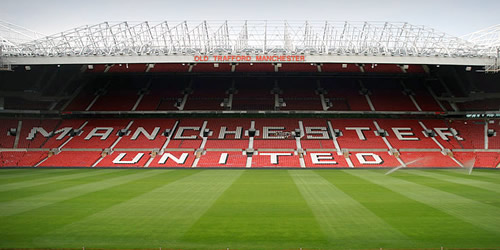 Old Trafford is a 75,000-capacity ground Photo: A Zahn/Wikimedia

John Aldridge believes Manchester United fans should be “appalled and embarrassed” by claims that the Red Devils have called in an acoustic engineer to boost the noise on match days.

It was reported last week that Old Trafford chiefs have appointed an engineer to discover why singing at the 75,000-capacity arena does not carry to all areas of the ground.

And Liverpool legend Aldridge believes that supporters of the club should be ashamed by the news.

“One story which caught my eye this week came from down the East Lancs,” Aldridge wrote in his column for the Liverpool Echo.

“It has been reported that Manchester United will appoint an acoustic engineer to help solve a problem on match-days at Old Trafford – it’s too quiet.

“If I was a United fan then I would be appalled and embarrassed.

“There’s over 75,000 fans in there every game and they can’t make enough noise.”