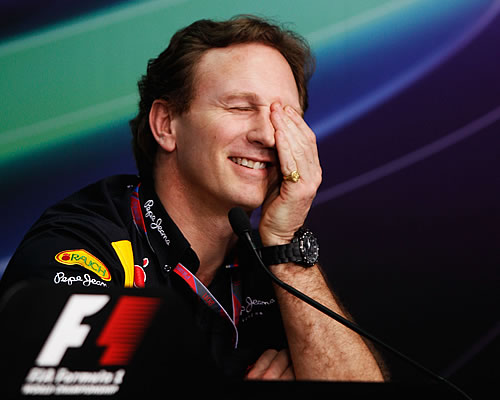 Red Bull team principal Christian Horner insists that the feud between Mark Webber and Sebastian Vettel has been “dealt with”.

Webber was left frustrated as Vettel ignored team orders and passed the Australian with 10 laps left to snatch victory at the Malaysian Grand Prix last month.

Vettel immediately apologised to a visibly angry Webber following the race – and Horner insists the row is over ahead of the Chinese Grand Prix later this month.

“It’s been dealt with, they’ve been spoken to and they know what the objectives of the team are,” Horner told Sky Sports.

“They know the real opponents sit outside of the team, not inside the team. All the success we have achieved has come working as a group, as a unit, and that will continue.”

Speaking after clinching his first race win of the season, defending world champion Vettel conceded that he “messed up” and issued an immediate apology to his Red Bull team-mate.

“I messed up today,” said Vettel. “I would love to come up with a nice excuse as to why I did it, but I can’t.”