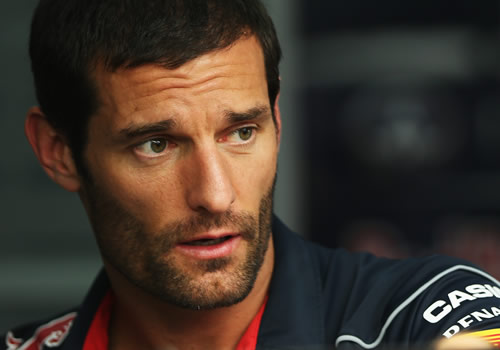 Mark Webber has been linked with an F1 exit this year Photo: Getty Images/Red Bull Racing

Red Bull’s Mark Webber has rejected suggestions that he has agreed a move to sportscars from next year, and has indicated that his future lies with Formula 1.

Webber has been linked with a move to race for Porsche at Le Mans, but insists: “People are putting two and two together and getting a bit more than they should do.

“I’m looking forward to this year. As long as you’re competitive and can get work, which is not a big issue for me at the moment, things are going well.”

Webber though has endured a frustrating start to the 2013 F1 season following the controversy of the Malaysian Grand Prix when team-mate Sebastian Vettel ignored team orders and overtook the Australian to win.

But asked if he wanted to stay in F1 in 2014, Webber said: “That’s a good question. I still enjoy driving the cars. The tyres have made it a little bit more challenging – the job as a driver has changed a bit for sure, the camaraderie is massive.

“That’s a big factor in this sport. This stuff [the speculation that surrounds F1], you get a bit long in the tooth for that.

“As you get older you get less tolerant of other aspects of the job but ultimately the drug is still very powerful, to drive you to do the job you wanted to do in the first place which is driving the car.”