Masters 2013: What lessons did we learn from the first day of play at the Augusta National? James Scott reports 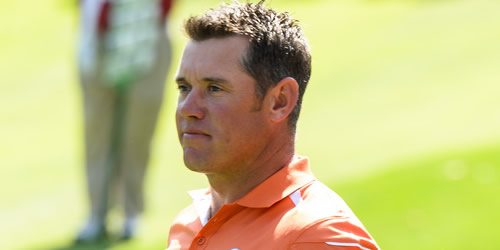 Lee Westwood went into the clubhouse at two-under Photo: Camflan/Flickr

The Masters will always spring a surprise

Peter Alliss – the voice of British golf – likened picking a Masters winner to that of taking a punt on the Grand National this week. Unpredictability swirls around the Augusta National course, personified by David Lynn and his extraordinary first-round 68, giving the man from Stoke the lead as he entered the clubhouse. Lynn turns 40 this year, and has accrued a solitary European tour triumph throughout 18 years as a professional golfer, winning the 2004 KLM Open. He qualified for his third Major after a stunning second-placed finish at last year’s PGA Championships, but his achievement was drowned out by the fanfare of McIlroy’s eight-shot victory. Lynn modestly claimed this tournament would be a ‘learning experience’ – not bad for a man with four birdies on his nerveless debut at one of the world’s most cherished golf courses.

Montgomerie criticism could spur Westwood on to first Major

Britain’s greatest golfing ‘nearly man’, Colin Montgomerie, claimed prior to this 77th Masters that Lee Westwood’s short game could be his undoing at Augusta National. The Scotsman – commentating for Sky Sports in Georgia – also suggested Westwood’s 70th Major could be his last chance to win the elusive green jacket. The Worksop man – who turns 40 at the end of the month – made light of the comments, insisting he is in great shape since his move to Florida in January. Westwood started his opening round erratically, with a double bogey at the first, but recovered smoothly to go into the clubhouse at two-under. Mark O’Meara was the oldest first-time Masters winner at 42, but Westwood could be using his former Ryder Cup captain’s words as motivation to cast-off his Major misery.

Time is right for Justin Rose to win maiden Major

The average age of golfers to don the green jacket is 32, exactly that of Justin Rose, England’s best hope of a first Masters win since Nick Faldo in 1996. The South-African-born world no. 3 came to this year’s first Major in fine fettle, with top-four finishes in the Arnold Palmer Invitational and the Honda Classic. And Rose looked a man on a mission as he strolled past the magnolia trees to the first tee, and eased himself in with birdies on the opening two holes. His long game was as solid as in his third placed finish at the PGA Championships last year, and his putting assured over the oft-brutal Augusta greens. The man who outplayed Masters expert Phil Mickelson in the Ryder Cup in Chicago is well positioned overnight with an opening round score of 72 (-2).

Tweaks to the Masters qualification system widen margin of error

Augusta National chairman Billy Payne announced this week that the top 50 after Friday’s second-round will make the cut, as opposed to the usual 44, which has stood since 1962. This means more than 50 players could make the cut, bearing in mind players ten-shots behind the leader also automatically qualify. The rule change will give greater impetus to players attempting a late charge to make the cut and secure their position for the final two days of the Masters. Ryder Cup specialist Ian Poulter will hope to make the top 50 at least, but only with an improved second day, after an opening round of four over.