Masters 2013: No British winner for another year as Lee Westwood rues missed chances with World No2 Rory McIlroy disappointing 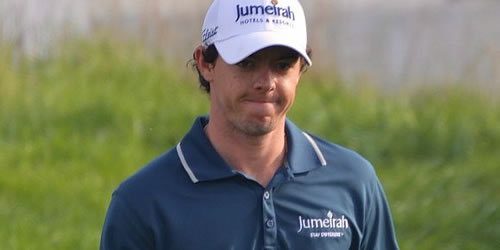 Rory McIlroy was left frustrated in his bid to win the Masters Photo: hubsterdisney/Flickr

Britain will have to wait at least another year for a Masters winner after Lee Westwood was left to rue missed chances in his final round at Augusta.

The Englishman had several opportunities to mount a serious challenge, but yet again his problems on the green cost him dearly in a solid final round of 71.

“I missed my chances out there,” he said. “I could have been five or six under after eight and I was only two under.

“The par-fives have cost me. I haven’t played them well enough.

“There are not too many negatives to take away and I was on the edge of contention. I know my way around this golf course and I felt that I played quite well.”

Recovering from a torrid Saturday, world number two Rory McIlroy carded a more favourable 69 to end on +2 for the tournament.

The 23-year-old all but ended his chances of a third Major victory with a 79 on Saturday, but responded well on the final day, with the highlight being back-to-back birdies on 15 and 16.

“I didn’t feel like I played that differently today than I did yesterday but the score is ten shots lower,” said the Northern Irishman.

“Yesterday was very disappointing and that really put me out of the tournament, if I had kept that round under control I might have had a chance going into today.”

Another Brit seemingly putting himself out of contention with a poor round on Saturday was Luke Donald – the world number four having never really found his feet this weekend.

The Englishman finished tied with McIlroy after a magnificent Tiger-esque chip-in on 16, yet was ultimately left regretting a testing weekend of near misses.

“I felt like my game was pretty close this week, just a few lipped out putts and a few shots I was staring down didn’t quite work out,” said Donald.

“That is the beauty of Augusta, it’s a matter of being within a few feet of being a great shot or a bogey, and it was certainly a little bit of a frustrating week in terms of that.”

Justin Rose started the day level and looked to be making a late charge before a seven on the par-three 12th at Amen Corner halted the Englishman in his tracks.

The world number three – complaining of back trouble over the weekend – ended on +2 and insisted he tried too hard to chase down the leaders.

“I hit the ball so well this week but struggled to convert with the putter,” he said.