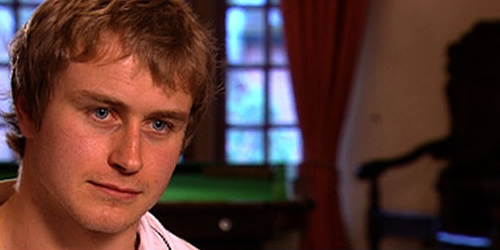 Mathew Tait has made 38 appearances for England Photo: BBC

Mathew Tait was personally told by England head coach Stuart Lancaster that he would not feature during this year’s Six Nations but he is full of belief that he can change that scenario.

The 27-year-old returned from a lengthy spell on the sidelines with a groin injury in November for Leicester and has since gone on to make 20 appearances in all competitions for the Tigers.

However Tait was informed by Lancaster prior to the Six Nations that his services were not going to be called upon with his last outing for England coming on the summer tour of Australia in 2010.

Tait has made 38 appearances for England, including seven during the 2007 World Cup, and, despite his wait almost spanning three years, he believes he can play international rugby once again.

“I still think I feel there is more to come from myself but that’s just a case of playing games and continuing to try and play well,” said Tait.

“I spoke to Stuart before the Six Nations just to say that I wouldn’t be in any of his squads. I didn’t even expect to get a phone call, so it was nice to know that he took the time out to do that.

“The main thing for me is to be selected for the club and hopefully be able to continue to perform and anything that results from that is a bonus.”