Jenson Button insists he still harbours hopes of winning the drivers' championship, despite his disappointing start to 2013 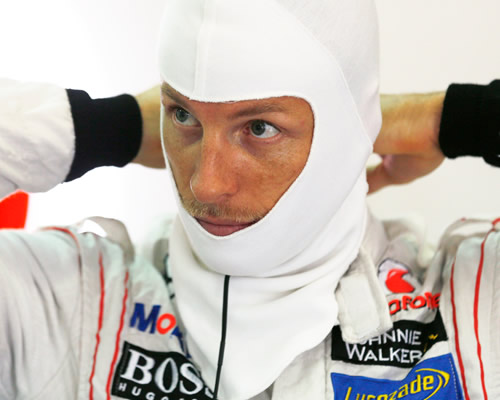 Jenson Button insists he still harbours hopes of winning the drivers’ championship title this season, despite a disappointing start to 2013 for the McLaren driver.

Button could only manage a ninth-place finish at the season-opening Australian Grand Prix and ended up 17th a week later in Malaysia after a wheel gun problem ended up costing him dearly.

The Brit already trails championship leader Sebastian Vettel by 38 points ahead of the Chinese Grand Prix later this month – but the 33-year-old is remaining upbeat about his title chances.

“The championship is still on as far as I am concerned and I am aiming for that. Definitely,” Button told the Daily Mirror.

“We are still not where we want to be and we got a bit lucky with the circuit being so smooth which helped a bit but a lot is understanding where the downforce is. The car is still not perfected, it was really thrown together for Sepang.

“The great thing is there are so many cars that are competitive and taking points off each other, which is exactly what we need.”