Miami Masters 2013: Murray heads to No2 after epic Ferrer victory

Miami Masters 2013: Andy Murray comes from a set down to beat David Ferrer in the final and move to second in the rankings 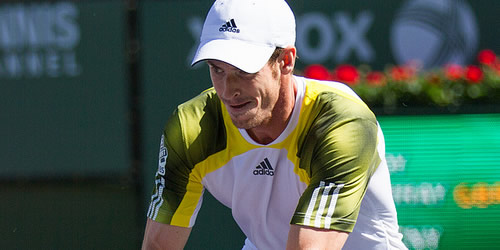 Andy Murray will move up to world No2 on Monday Photo: Mirsasha/Flickr

The much-anticipated change in the rankings at the top of men’s tennis very nearly happened in Indian Wells.

After Roger Federer fell in the quarter-finals, all Andy Murray had to do was reach the final, though that most likely meant beating the top seed, Novak Djokovic in the semis. However, things took a different turn: Juan Martin del Potro ended Murray’s campaign in the quarters and Djokovic’s run in the semis. But the Briton’s next chance was only two weeks away—and in one of his favourite venues.

Miami is where Murray lives and trains when he is not at home, where he won this prestigious Masters title in 2009, where he reached the final last year, and where, having seen the defending champion and arch rival Djokovic lose in the fourth round, he was hot favourite. And with Federer bypassing the tournament, victory would be enough to seal the No2 ranking.

Not that Murray had never tasted those heights before. He reached No2 as a mere 21-year-old, in the year he last won in Miami. Back then, a more slender, shy and certainly less assured player than today, it was Nadal he overtook, albeit for a scant month. That year, he won six titles, including two Masters, but remained well behind the top-ranked Federer.

Not that Murray had never overtaken Federer, either: He did so for a few weeks in late 2011. But what Murray had not done before was stand ahead of Federer at No2, and with the Swiss bypassing Miami, the stars were set to align in his favour.

However Murray was not the only finalist with ranking repercussions in Miami. The No3 seed, world No5 David Ferrer, had made hay while his nemesis Nadal was away, to enter the top four in January for the first time in five years. His stay was short, as Nadal’s return to the fray grabbed back the No4 ranking. But Nadal, like Federer, opted out of Miami and Ferrer was already guaranteed a return to No4 by reaching his first Miami final in 11 straight visits.

But he did have another incentive: Miami was one of the few Masters that Nadal had never won, so Ferrer—31 in two days’ time—could become the first Spaniard to lift this trophy.

However Ferrer, even with a tour-leading 25 match-wins this season, faced a mountain of a task. Coming into their 12th meeting, Murray held a 6-5 advantage, but a 5-1 lead on hard courts. In fitness, doggedness, head-down commitment, he would match Murray step-for-step, but when it came to all-round power, flair and touch on a tennis court, the Briton was—well, verging on No2 in the world, and still improving.

Ferrer opened serve and came under quick pressure at 15-40 with a poorly-disguised drop shot. Murray put it away with ease, but Ferrer remained fearless in coming forward for an overhead winner and he held. Indeed the Spaniard bristled with intensity even by his energetic standard. He stepped into the Murray serve, clearly aiming to take on the role of aggressor, and broke for a 2-0 lead. This time he held with ease.

Murray appeared to right the ship at 40-0 on serve, but Ferrer pressed forward again and rushed Murray into errors. The Briton already had a dozen of them, and a netted backhand followed by a double fault gave Ferrer another toe-hold. Murray found himself the defender rather than attacker, and Ferrer broke again.

Even the crowd was on Ferrer’s side—this is, after all, the biggest Latin-American tournament on the tour—and he fought off deuce on serve to lead 5-0. Finally, though, he gave Murray a few openings with some almost over-eager forehands. The Briton got on the scoreboard and then broke a loose Ferrer game to claw back to 5-2, only to drop his serve to love with a double fault, to concede the set, 6-2.

The scoreboard showed few winners on either side—though the four credited to Ferrer looked ungenerous. Murray, however, had made 19 unforced errors—an average of two per game. He would have to recalibrate in the second set.

Ferrer continued to dig, even on break point in the first game, and controlled the play through the kind of long rally on which Murray normally thrives. It was Murray who finally forced the ball too wide and Ferrer held after more than seven minutes. It had, though, helped Murray work some rhythm and range.

Ferrer, looking at times too urgent in his responses, did give up the break in his next serve for Murray to take a 3-1 lead. Both, though, tried to wrench control, confidently taking winners at the net. At 4-2 down, Ferrer held off break point in one of the rallies of the match, a barn-stormer of attacking play on Murray’s side and retrieval on Ferrer’s. The Spaniard, living up to his big-hearted reputation, held and it brought a standing ovation.

His success seemed to invigorate the Spaniard, and he found some extra bite on his returns of serve to break and level the set but, whether from fatigue or rushing his points, he made three errors on serve to give the lead back to Murray. The Briton made short work of serving out the set, 6-4.

This time it was Ferrer with 19 errors—an articulation of the switch in momentum in this high-paced, energy-sapping match. The Ferrer body-language lacked some of the intensity of the first set…one sensed he was now running to keep up rather than to take control, and a string of errors in the opening game of the third set gave an immediate break to Murray.

Yet this final act proved the most compelling of the match, for it was not just Ferrer who began to show the effects of the difficult conditions—swirling breezes, high temperatures and draining humidity. Both men tried to get more bite on their serve, both found their deliveries missing their target or returned to their feet. Six games in a row went against serve: 3-3.

Now there were fewer races to the net and more gruelling rallies across the baseline: they remained locked on equal points, 140 apiece. Against the odds and the body language, it was Ferrer who finally held first, but the toll was becoming huge. Perhaps for the first time in his career, his legs needed physio at the change of ends—and would do so at each of the final three changeovers.

It became a case of ‘last man standing’. Murray looked on his last legs but, breaking the even more exhausted Ferrer, he served for the set—only for the Spaniard to break, too, and Ferrer held to force Murray to serve at 5-6.

In a final twist to the drama, Ferrer, holding match point, stopped play to challenge a Murray shot but it proved to be on the baseline. Murray held, they went to a tie-break and, with Ferrer’s legs buckling with cramp, the Scot sealed victory, 7-6(1).

If hearts had not already gone out to Ferrer, they quickly did as he bit back the tears to acknowledge his fans: “I’m sorry, I’m so sorry. One point.” And he smiled resignedly.

Murray paid tribute to his opponent: “Great attitude, great fighter, and I don’t think he even played his best today. He could have won.”

However it was Murray who endured—just—mentally and physically. As he acknowledged: “I think that’s the sort of match probably a couple of years ago I would have lost.”

As it is, he claims two prizes in one: A ninth Masters trophy and the No2 ranking. And his lead over Federer is likely to grow through the clay season and into Wimbledon. Murray has only 720 points to defend up to and including the French Open, while Federer has more than 2,000 on the line.

Even more significant, though, the man above him, Djokovic, has more than 2,500 points to defend on clay. And that means that the coming three months give Murray the chance to eat into the No1’s lead which is, after all, the ultimate target.