Norwich transfers: Ricky van Wolfswinkel won't join the Canaries if they are relegated, according to the striker's representative 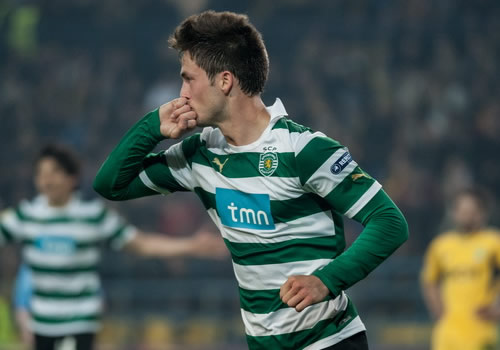 Ricky van Wolfswinkel is set to sign for Norwich in July Photo: Football.ua, via Wikimedia

Ricky van Wolfswinkel will not move to Norwich City in the summer if the Canaries are relegated from the Premier League this season, according to the striker’s agent.

The 24-year-old Dutch forward is set to sign a four-year contract with the Canaries on 1 July and will join for a reported £8m fee from Sporting Lisbon.

However, Chris Hughton’s side have endured a slump in form over the past couple of months, leaving the Canaries four points above the bottom three.

And Van Wolfswinkel’s agent Louis Laros says the forward’s proposed move to Carrow Road would be scrapped should the Canaries drop down to the Championship.

“There is a special clause in the deal accepted by all parties that stipulates if Norwich leave the Premier League then the future of Ricky van Wolfswinkel will be open again,” Laros told A Bola.

“That is the reality, but we are confident in the ability of the English club to remain in the top division.

“For now Ricky is only thinking about Sporting and helping them to get results. At the end of the season he will start to focus on Norwich.”

Van Wolfswinkel has scored 43 goals in 83 appearances for Sporting after completing a move from Utrecht to the Portuguese side in 2011.