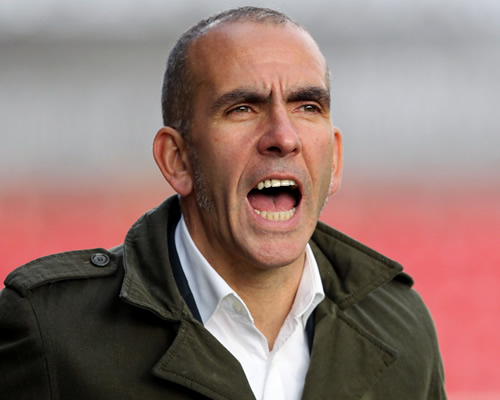 Harry Redknapp has lauded the appointment of Paolo Di Canio as Sunderland’s new manager, despite the furore surrounding the Italian’s apparent political beliefs.

The Queens Park Rangers manager, 66, coached the former playmaker at West Ham during his seven-year reign in east London.

He said: “He was a great player for me, he’s a good lad and a great trainer – the fittest guy you’d ever wish to see.

“He will want his Sunderland players to be the same; live right, eat right. He’ll demand that of them.

“I’d love to see him do well. I really would. He’s got a tough job on his hands but he’ll give it his best shot.”

The Black Cats’ moved swiftly to hire Di Canio after Martin O’Neill was sacked last weekend following a poor run of form that leaves the club just a point above the relegation zone.

The decision has proved divisive in the footballing world due to comments made by Di Canio in 2005, when he declared he was “a fascist, not a racist”.

But Redknapp cannot understand why Di Canio’s past has only come to light this week.

He continued: “He’s a fascist now that he’s at Sunderland, no one ever mentioned it Swindon [Di Canio’s former club].

“Suddenly he goes to Sunderland and all the dirt in the world gets dug up on him.

“He was loved at West Ham – the fans idolised him.”

This show of support from Redknapp comes after current West Ham co-owner David Gold said his club would never employ Di Canio due to his apparent political beliefs.

Di Canio has been forced to respond to the fierce media storm this week, saying his “not a fascist or a racist”.