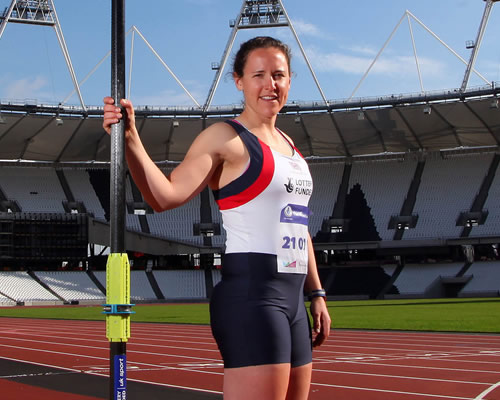 Sophie Hosking admits she is likely to swap her oars for textbooks after hinting heavily that she is ready to step away from rowing.

The 27-year-old shot into the nation’s conscious last summer when she secured double lightweight sculls gold at London 2012 alongside Kat Copeland.

But while Copeland has since reiterated her desire to carry on and compete at the next Games in Rio in 2016, Hosking had kept quiet on her future.

Hosking was absent from last weekend’s GB Rowing Team Senior Trials at Caversham meaning she has not been selected for the squad for the 2012-13 season.

Copeland was also absent but while she is targeting a November return, Hosking insists it is unlikely we will see the former Kingston Grammar School pupil in a boat again as she pursue a law degree.

“I have taken some time out from rowing and have been doing some charity cycling events,” said Hosking, who graduated in 2007 from Durham University with a chemistry and physics degree.

“The team have already competed in a World Cup at Sydney and I sort of watched that because I still have a lot of friends in the team and it was great to see them go out and compete again.

“I kept an eye on how the selection races went but I don’t feel like I was missing out not being there so I am happy with my decision.

“I am going to finalise my final decision [in regards to the future] in the next few months but I am erring on the side of retirement.

“I have got a place to start studying law in September so I am going to do that. It is going to be a nice challenge and I am really excited about the opportunities that will bring.”

Hosking was talking at the launch of the National Lottery Anniversary Run, which will see more than 10,000 members of the public run in the Queen Elizabeth Olympic Park and Stadium on 21 July.

This will be the first event at the iconic venue since the London 2012 Paralympic Games closing ceremony and Hosking is adamant it is a great way to give something back to the public after they cheered her and her Team GB team-mates to glory in the summer.

“It is great to be able to come down here and support this event and help keep up the legacy of the Games as well,” she added.

“The British public really made the Games and they really got behind it last summer and it is a great way to keep those memories alive.

“And it is also a great way to give something back. The crowd at Eton Dorney was immense and really helped us rowers and this is a tiny way to say thank you to everyone.”

The National Lottery Anniversary Run will take place on Sunday 21 July. Places are available via www.nationallotteryrun.com