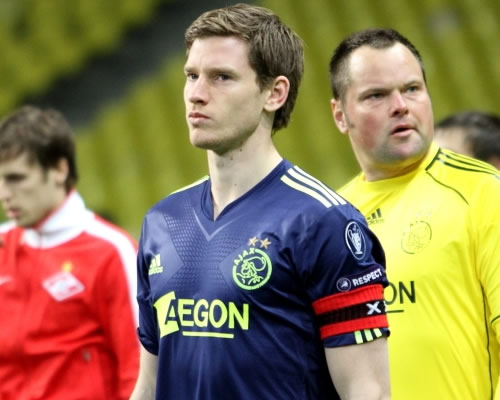 Jan Vertonghen believes the 10-day break before Tottenham’s next game against Manchester City will prove vital as Spurs look to get their top-four bid back on track.

The north Londoners crashed out of the Europa League at the quarter-final stage last Thursday, after losing to Swiss side Basel on penalties.

Andre Villas-Boas’ men host City in the Premier League on Sunday looking to boost their hopes of a top-four finish.

And with local rivals Arsenal moving into third place over the weekend, the Tottenham defender admits that there is little margin for error with just six games left to play.

“We have to stay together and to go for that top four place in the Premier League,” Vertonghen said.

“We have a rest, we clear our heads and we come back against Manchester City.

“A lot of players could be coming back, important players and we only have big games now, City, Chelsea, all cup finals. We go for the highest place possible.”

Liverpool’s Stewart Downing: Next season will be a big test for us