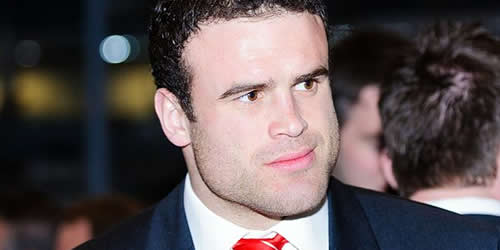 Jamie Roberts started all of Wales' games in the Six Nations Photo: National Assembly for Wales

Wales centre Jamie Roberts is excited about the prospect of a new challenge at Racing Metro but admits he will find it difficult no longer living in Cardiff.

The Six Nations winner played his final game for Cardiff Blues at Adams Park at the weekend, and will now move to France.

Roberts signed off in style in front of his home fans with a try for the Blues in their 28-13 win over Zebre.

Afterwards he revealed it had been an emotional match for him, but he is convinced he has made the right decision for his career, as he joins fellow Welsh internationals Mike Phillips, James Hook and Gethin Jenkins in Top 14.

“It was an emotional day for me that is also tinged with sadness,” the 26-year-old, who featured in all of Wales’ Six Nations games this season, told Wales Online.

“The amount of people who support rugby in Cardiff is great.

“I would just like to thank all the people who have supported me over the years and it is going to be hard.

“There are so many factors I am looking forward to.

“There is a different environment with new players and coaches, challenging myself in a new league and the prospect of discovering a new city.

“I had a chance to do something new at 26 which I couldn’t turn down.”