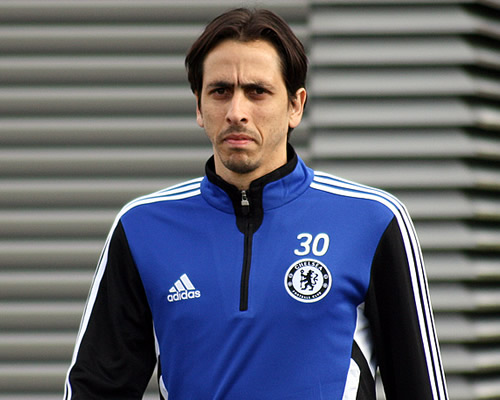 Yossi Benayoun has made just six starts for Chelsea this season Photo: The Sport Review

Yossi Benayoun insists he is “feeling sharp” after the playmaker made only his sixth start of the season as Chelsea beat Rubin Kazan 3-1.

The Israel international played 83 minutes at Stamford Bridge on Thursday as the west Londoners took a step closer to the Europa League semi-finals thanks to Fernando Torres’ brace and Victor Moses’ strike.

Despite being largely limited to substitute appearances this season, Benayoun insists he is feeling fit and ready to help Chelsea in their bid to secure FA Cup and Europa League glory, as well as a top-four finish.

“It’s not easy, there are a lot of good players here but I felt good,” the 32-year-old told Chelsea’s website.

“I felt sharp from the first minute, I was involved in the game and that gives you confidence.

“When the team plays well it’s easier, you get involved and try more things, so it was good for me.”