Squash, baseball/softball and wrestling are shortlisted to be added to the Olympic Games programme in 2020 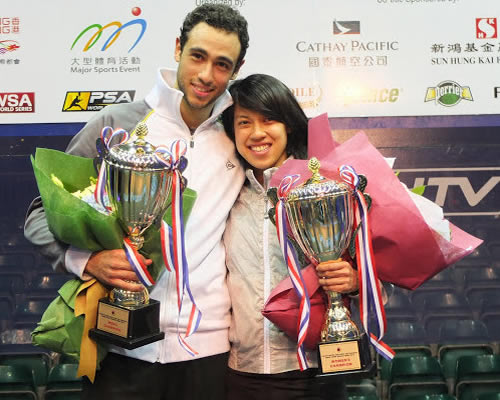 Decisions do not usually come early, but in St Petersburg, where the eyes of the Olympic world had been turning in ever greater numbers, this one came an hour before it was promised—and brought a sigh of relief to squash lovers everywhere.

The announcement—suddenly moved forward by an hour—was short and sweet.

“The executive board of the International Olympic Committee (IOC) today recommended that baseball/softball, squash and wrestling be proposed to the 125th IOC Session for possible inclusion as an additional sport on the Olympic programme for the 2020 Olympic Games.”

The Russian city had become the focus for many in the Olympic movement this week as several major deadlines converged at the global sporting convention, SportAccord. Even the Russian President, Vladimir Putin, is scheduled to join the 1,500 delegates as his country accelerates towards its first Winter Games at the Black Sea resort of Sochi in nine months’ time.

Before that, though, there were two rather more urgent discussions in the offing that would determine the shape of the 2020 Summer Olympics.

Alongside the not-insignificant presence of Putin, as well the six candidates campaigning for the presidency of the International Olympic Committee, were the three cities bidding to host 2020: Istanbul, Madrid and Tokyo. But whereas the delegates from those cities would get one more chance to pitch for the Games in July, the sports hoping to compete in those games had reached the point of no return.

After almost two years of campaigning, the seven shortlisted sports of squash, baseball-softball, karate, roller sports, sport climbing, wakeboarding and wushu—which were controversially joined three months ago by wrestling after it was removed from the list of core sports—made their final half-hour presentations to the IOC executive board. The announcement of the final three came after a blind vote its members.

“The executive board received excellent presentations today from eight International Federations,” said IOC President Jacques Rogge. “It was never going to be an easy decision but I feel my colleagues on the Board made a good decision in selecting baseball/softball, squash and wrestling to be put forward in Buenos Aires. I wish the three shortlisted sports the best of luck in the run-up to the vote in September and would like to thank the other sports for their hard work and dedication.”

The announcement went on to explain its criteria for selecting new members of the movement:

Squash, never an Olympic sport, was represented in St Petersburg by its two popular world champions, Nicol David and Ramy Ashour, and the thrust of their campaign remained true to those Olympic ideals. Squash is played by millions around the world, in 185 countries as diverse as Paraguay, India, Egypt and the United States, and offers medal opportunities to a growing number of new nations.

As David said: “My own country, Malaysia, has never won gold at the Games and if I can stay healthy, and of course with the support of the IOC, perhaps I can try to make Olympic history for Malaysia in 2020.”

Egyptian Ashour added: “Squash has had a profound impact on many thousands of Egyptians, and it enjoys a popularity surpassed only by soccer in my country. It is played not just in Cairo but right across Egypt, by all ages.

“Squash reflects the essence of Olympic sport. It’s gladiatorial, physically demanding and mentally challenging. It’s a true sport, and already played in every major multi-sport games, including the Asian, Commonwealth, Pan Am and World Games.

“I’m only 25 but in my time competing on the men’s tour and international events, I know that our sport has been on a journey. And I really do hope and pray that this journey leads me to the Olympic Games in 2020.”

The full IOC membership will meet for the 125th Session in Buenos Aires, Argentina from 7 to 10 September and will vote on which of the three sports to add to the programme of the 2020 Games.