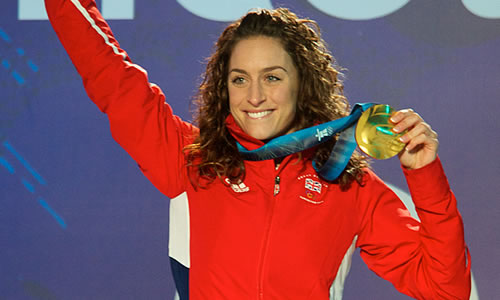 Olympic champion and Team GB 2014 Ambassador Amy Williams has admitted it is with great pride that she becomes British Skeleton’s first vice-president.

Williams, who claimed Britain’s first individual Winter Olympic gold for 30 years at Vancouver 2010 with victory in the women’s skeleton, was informed at a fundraising dinner in London on Wednesday.

At the same event, which saw £100,000 raised to support the team in the lead up to next year’s Olympics in Sochi, British Skeleton also welcomed triple Olympian Michel de Carvalho as their new president.

And Williams, who announced her retirement from skeleton almost a year ago to the date and was named as the first official Team GB 2014 Ambassador by the BOA in February, insisted it is an honour to be given the role.

“I’m so proud to have been asked to take up this position; skeleton has been my life and I’m really pleased I will be able to stay involved in the sport,” said Williams.

“I hope my knowledge and experience can help the sport as a whole as I know there is so much potential, in the athletes, coaches and the opportunities for the governing body to grow and continue to succeed.”