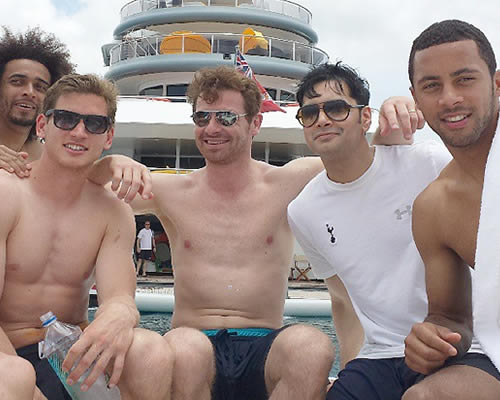 Andre Villas-Boas was snapped alongside some of his players Photo: Instagram/Mousa Dembele

Andre Villas-Boas has been pictured soaking up some rays with some of his Tottenham players during an end-of-season getaway to The Bahamas.

The Spurs boss, whose side were pipped to a top-four finish by local rivals Arsenal on the final day of the season, is seen on a yacht alongside Jan Vertonghen, Benoit Assou-Ekotto and Mousa Dembele.

Villas-Boas, 35, was also pictured at the Monaco Grand Prix on Sunday.

Tottenham played out a goalless draw with against Jamaica in The Bahamas at the Thomas A. Robinson National Stadium on Thursday night.