England v New Zealand: Alastair Cook warns his side that they must remain focused on the task at hand ahead of Friday's ODI 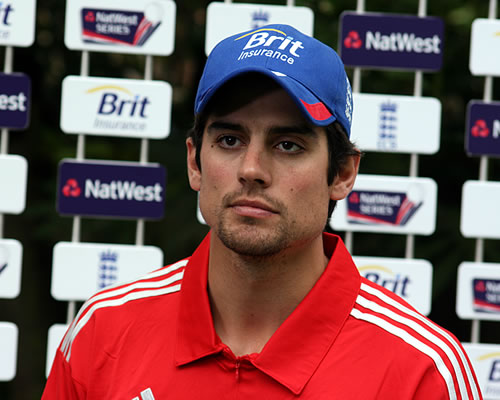 Alastair Cook has sounded a cry of caution ahead of England’s three-match one-day international series against New Zealand, which starts at Lord’s on Friday.

After completing a Test series whitewash over the Black Caps on Tuesday, England now face the same opposition in the game’s 50-over format – just three days later.

Although Cook feels there are lot of positives which his charges can take into the ODI series – particularly with next week’s Champions Trophy looming large – he insists England must remain wary of the immediate task ahead.

“Clearly we are building up to the Champions Trophy [starting on 8 June], it is the same squad after all,” said Cook, speaking at a news conference on Thursday.

“But it is very important that we are looking at this series [against New Zealand] in isolation.

“The last time we played New Zealand we won, as well – it was very tight [England secured 2-1 ODI series victory in February] and we managed to get over the line in the last game but just little things like that do build you up a little bit. We are aware of the danger of them as a side.”

Both sides will miss the opportunity to “experiment” with their respective teams ahead of the Champions Trophy because of the three match series, which ends the day before the tournament’s opening match next Thursday.

Other nations, however, will play warm-up matches until then, as they gear up to the tournament.

Nonetheless, Cook was adamant that he would not try to give each squad member a game, unless the series was sealed going into Wednesday’s final match at Trent Bridge.

He added: “There are obviously times in the series that we will be looking at the Champions Trophy but we can’t treat these games as warm-up matches.

“Any England side has to win as many games as we can. There might be times where we change a certain combination just to have a look at it but if we change the combination it will not be as a warm-up but still to try and win that game.

“We are slightly different from every other country in that we have been playing cricket since April, so all the lads are cricket hardened. It doesn’t feel as if we need to give people game time.”

The England skipper, 28, did not rule out sending players back to their county to find some form but that seems unlikely with such little time until the Champions Trophy begins.