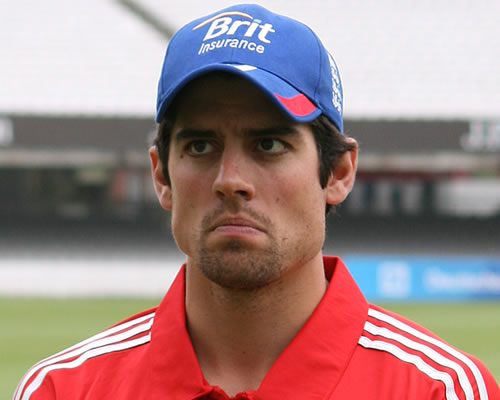 Martin Guptill’s unbeaten 103 helped New Zealand cruise to a five-wicket victory as England were handed a harsh reminder of their deficiencies in the first one-day international at Lord’s.

Guptill was the mainstay of a brilliant 120-run partnership with Ross Taylor (54), as the pair put England’s bowlers to the sword with a fantastic batting display – far superior to the hosts’ effort earlier in the day.

The 26-year-old, who only has two toes on one of his feet, notched his third ODI hundred in dominant fashion, hitting eight fours and four sixes in his 123-ball knock.

England’s bowling attack were left with no answer in the absence of Steven Finn and Stuart Broad – both of whom are suffering with niggles after their recent Test series victory over the Black Caps.

The only time Guptill gave England a glimpse of ousting him from the Lord’s crease was when he hooked Chris Woakes to fine-leg but Bresnan palmed the ball over the rope for six.

New Zealand’s showing, once again, reminded everyone they are not here just to take part and – on their day – can pose a serious threat to any international side.

England, meanwhile, know they will have to vastly improve with the bat if they want to win the Champions Trophy, which starts next Thursday.

Of the seven recognised batsmen in England’s line-up, six made starts but none went on quite like Guptill did for New Zealand, let alone reach the half-century mark.

The visitors had won the toss in overcast conditions and, unsurprisingly, elected to field – even Cook admitted he would have done the same had he called correctly.

However, England started solidly with the hosts captain and Ian Bell opening, but both were gone in the space of three overs after building a lead of 45 runs.

The ever-impressive Tim Southee bowled two consecutive wicket maidens to leave England on the back foot with the score on 50. They never recovered.

Wickets fell regularly despite all the batsmen, apart from Eoin Morgan, getting a start.

The Irish-born batsman was part of a middle order collapse that saw the hosts lose three wickets in 17 balls, to leave them teetering on 126-5.

First, Joe Root played one reverse sweep too many and was castled by Nathan McCullum for 30.

It was another enterprising innings from the 22-year-old and despite his error of judgement he is still well and truly basking in the honeymoon period of his international career.

Just six balls later, though, and Jonathan Trott was out, too. England’s identified anchor slogged swept hard and low straight into Taylor’s lap on the midwicket boundary.

To complete England’s rapid demise, Morgan then pulled out of a hook shot halfway through but only succeeded in top edging to New Zealand debutant Luke Ronchi.

Morgan’s international career is somewhat at a crossroads after going against the wishes of the selectors and competing in the IPL rather than finding form in the opening rounds of the County Championship.

He is out of form and will be hoping to remind the England hierarchy of his obvious talents with so much ODI cricket ahead this month.

Woakes scored 36 – surpassing his previous highest ODI score – to ensure England’s total was respectable, while Bresnan (25) and Swann (15) chipped in too, but the hosts’ batting effort was never enough to trouble Guptill and company on a typically flat Lord’s wicket.

England limited overs coach Ashley Giles will be expecting a vastly improved batting performance when the three-match series arrives at the Ageas Bowl on Sunday.