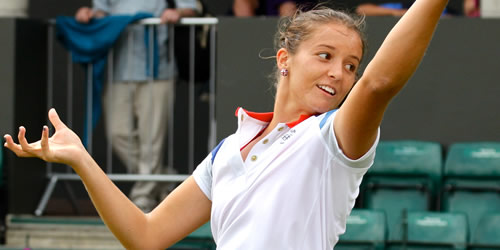 Laura Robson is through to round three in Madrid Photo: Marianne Bevis

Laura Robson dropped just four games as she stormed to victory over Agnieszka Radwanska to register her first-ever win over a player ranked inside the world’s top five and reach round three of the Madrid Open.

The British No1, who is ranked 41 in the world, was in ruthless form in Madrid and secured a 6-3 6-1 win over last year’s Wimbledon finalist and current world No4 in just 73 minutes.

Robson will now face either Ana Ivanovic or Chanelle Scheepers for a place in the quarter-finals in the Spanish capital.

The 19-year-old overcame Slovakia’s Magdalena Rybarikova in the first round in Madrid on Saturday.