Monaco Grand Prix 2013: Sebastian Vettel is looking forward to the "absolute challenge" of the street circuit at next weekend's race 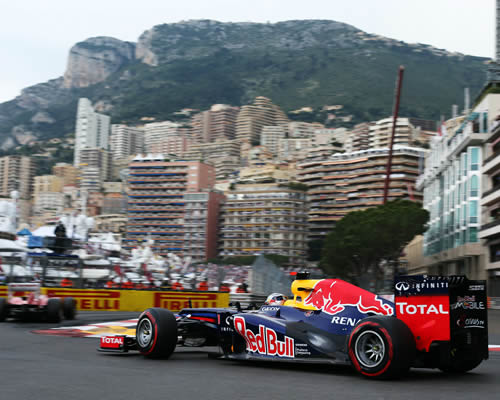 Sebastian Vettel is looking forward to the “absolute challenge” of the Monaco Grand Prix next weekend.

Vettel’s Red Bull team-mate Mark Webber was victorious in Monte Carlo last year, as the German finished fourth after starting from ninth on the grid.

And the 25-year-old, who tops the drivers’ standings heading into the race, admits that the street circuit is one of the most testing on the F1 calendar.

“Monaco is one of my favourite tracks and driving it is an absolute challenge,” said Vettel.

“You can’t even make the smallest mistake. If you do, you’re lucky if it’s just that your lap time is bad. If you’re not paying attention, you’ll end up in the barrier.”

Vettel believes that the key to success in Monaco lies in qualifying, with overtaking notoriously difficult in the Principality.

“Overtaking is possible, but only with risk – the best place for that is before the chicane. We come out of the narrow tunnel at more than 300kph and race to the first gear-chicane – whoever brakes later wins.

“Ideally you have a good qualifying session and start from far forward.”