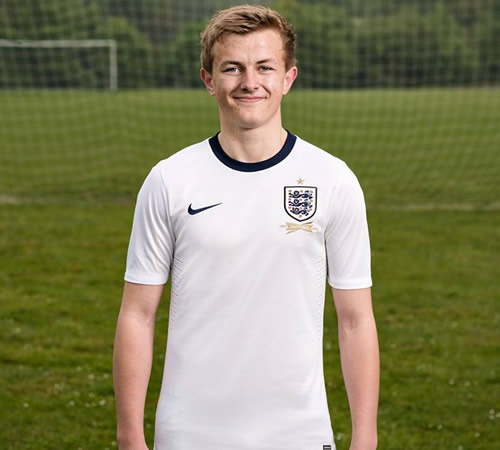 The new England kit set to be worn by the Three Lions Photo: Jack Wilshere/Facebook/Nike

England have unveiled their new home shirt to be worn starting from next week’s friendly against the Republic of Ireland.

The strip is the first to be produced by Nike after the American sportswear giant took over from Umbro, which has been manufacuring the Three Lions’ shirts since 1954.

Arsenal midfielder Jack Wilshere posted the image of the shirt after returning to watch a training session at his old school, The Priory, in Hitchin, Hertfordshire.

The England international tweeted: “Like this kid, my England dream began here, so he was first in #theshirt – England’s new kit from NikeFootball.”

The kit’s unveiling sparked some controversy however, as some Twitter users immediately drew comparisons to previous West Germany and Germany shirts.

England will wear the new kit for the first time when they take on Republic of Ireland in a friendly at Wembley on Wednesday week.

West Brom transfers: Clarke would welcome Lukaku back next term