Spanish Grand Prix 2013: Lewis Hamilton is upbeat over Mercedes' chances of challenging for victory this weekend 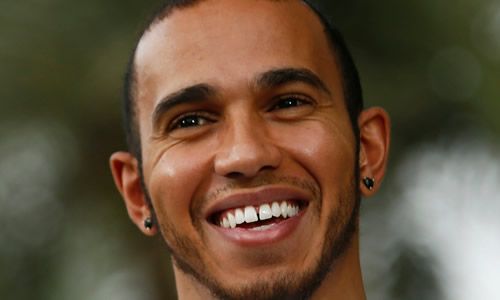 Lewis Hamilton is upbeat over Mercedes’ chances of challenging for victory at this weekend’s Spanish Grand Prix.

Hamilton and his team-mate Nico Rosberg have take pole position at the last two races but were unable secure wins at both China and Bahrain as they struggled to match the pace of the front-runners.

However, the 28-year-old believes that Mercedes have a good chance of challenging at the Circuit de Catalunya and says that the team have addressed the rear tyre degradation issue that had hampered their recent performances.

“I definitely think this is going to be a little bit different,” said Hamilton, who is third in the drivers’ standings.

“Bahrain was very much rear-limited [degradation], but on my side of the garage it was quite positive, certainly in the second half of the race so I’m excited about the things we learnt in the race and hopefully we can bring them here.

“Here it’s more of a balance between front and rear degradation, so front left and the rear tyres will be the interesting ones. Here we have a new harder tyre which will hopefully play into our hands a little bit more.

“Everyone is in the same boat, but with the temperatures also I think we stand a better chance.”