Spanish Grand Prix 2013: Pirelli confirms it will be supplying an extra set of tyres for Friday's practice sessions from the Spain onwards 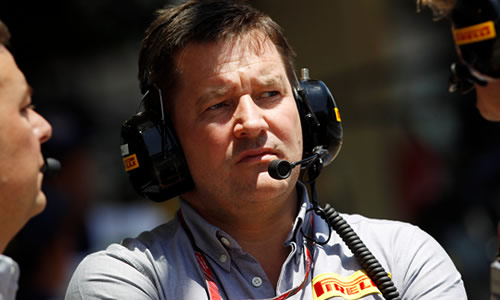 Pirelli has confirmed that it will be supplying an extra set of tyres for Friday’s practice sessions from the Spanish Grand Prix onwards.

In a move that had widely been expected, Pirelli motorsport director Paul Hembery revealed that there will be another set of tyres available for teams ahead of the race at the Circuit de Catalunya on 12 May.

“As permitted by the current regulations, we’ll be supplying an extra set of prototype hard compound tyres for free practice, which will hopefully ensure that all the cars run throughout these sessions,” he said.

“It’s something we wanted to do to encourage all the teams to run as much as possible right from the start, especially with the rookie drivers, to give fans the spectacle they deserve to see.”

Hembery also confirmed that Pirelli will be unveiling an updated version of its hard compound for the race.

“We’re introducing a revised version of our hard tyre in Spain, which is closer in characteristics to the 2012 tyre,” he continued.

“This new tyre gives us a wider working temperature window – although it delivers a little bit less in terms of pure performance – but it should allow the teams to envisage an even wider variety of race strategies than before in combination with the other compounds, which remain unchanged this year.

“This is a decision that we’ve come to having looked at the data from the first four races, with the aim of further improving the spectacle of Formula One. In fact this is almost a tradition with us now, as we also introduced a revised version of the hard tyre for the Spanish Grand Prix in 2011, which was our first year in the sport.

“We’d expect the medium tyre to still be significantly faster and this is the one that the teams are likely to qualify on, whereas the hard is likely to be the preferred race tyre.”