Spanish Grand Prix 2013: Sebastian Vettel pleased to be back in Europe

Spanish Grand Prix 2013: Sebastian Vettel pleased to be back in Europe as he looks to repeat his 2011 triumph in Barcelona 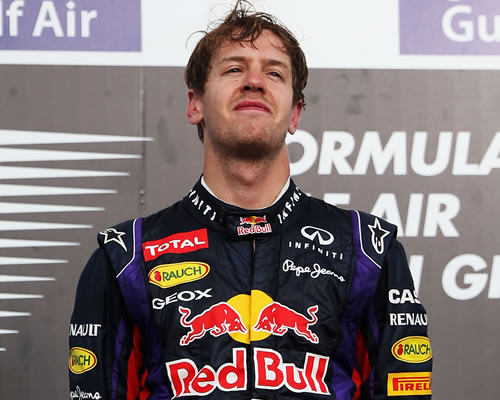 Sebastian Vettel is pleased to be back in Europe ahead of the Spanish Grand Prix later this month as he looks to repeat his 2011 triumph at the Circuit de Catalunya.

The Red Bull driver held off a stern challenge from McLaren’s Lewis Hamilton to win the race two years ago en route to his second drivers’ championship title.

And triple defending world champion Vettel, 25, is thrilled to be back on his home continent as he looks to extend his lead at the top of the drivers’ standings.

“Yes it’s good to be back in Europe, and in Spain in particular,” said Vettel, who heads to Spain fresh from his victory at the Bahrain Grand Prix.

“The atmosphere is always very special at the European races and the weather is usually good too.

“It helps that the travelling time to and from events is shorter and there’s no need to adapt to a time difference.

“The win in 2011 was very special. It was a long race and for the last 20 or 30 laps I had a lot of pressure from behind from Lewis. I had no Kers to defend, so it was good to come out on top at the end.”

Vettel is also looking forward to returning to the Circuit de Catalunya, which is just outside Barcelona.

He added: “The whole Barcelona circuit is interesting as it includes all types of corners and offers a really good mix, but my favourite part is still the first sector, because it has really quick corners.”

Vettel is currently 10 points clear of Kimi Raikkonen at the top of the F1 drivers’ standings.