Tottenham transfers: Joao Moutinho dents Spurs' hopes of signing the midfielder after he insists he is happy to stay at Porto 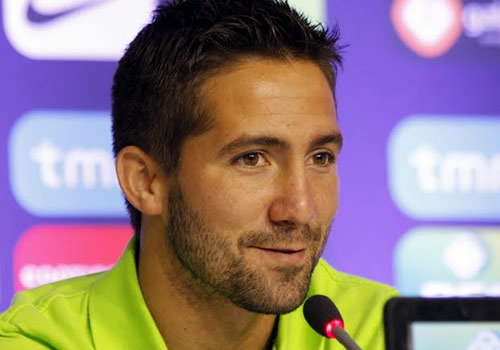 Tottenham appear to have been dealt a blow in their pursuit of Joao Moutinho after the Porto midfielder insisted that he is happy at the Portuguese club.

Andre Villas-Boas is understood to be a keen admirer of the 26-year-old, who played under the current Spurs boss during his time in charge of the Portuguese club.

The north Londoners have been linked with a swoop for the Portugal international over the course of the season and Moutinho came close to moving to White Hart Lane last summer.

But Moutinho says that he is only focused on Porto for the time being.

“Right now nothing will make me change clubs. I am extremely happy here and the most important is happiness and winning titles,” Moutinho told a news conference on Tuesday.

“My future is up to FC Porto. No player is immune to leaving. But if something does come up, it has to be something good for both parties.”

Moutinho, who has scored one goal in 27 league appearances this term, also hinted that he plans to stay at Porto by looking ahead to next season.