Ashes 2013: Nick Compton looks set to be dropped for Test series against Australia after Joe Root was named opener for Essex match 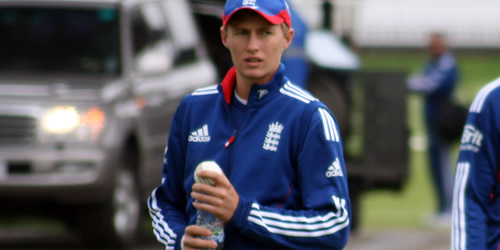 Joe Root will open for England against Essex Photo: The Sport Review

Nick Compton looks set to be dropped for the Ashes after Joe Root was named as opener for the LV= Challenge match against Essex this Sunday.

The squad for the Ashes warm-up match – announced on Monday – is a key indication to the selectors’ thoughts of what they feel the best team is with the Ashes just 16 days away.

Speculation has been mounting the Somerset batsman could lose his place after he failed to pass 50 in the two-Test series against New Zealand earlier this summer, averaging just nine in four innings.

The spotlight on Compton became more intense as Root topped England’s averages in the series, hitting a hundred and a fifty.

Of course, Compton could yet still walk out with England captain Alastair Cook for the first Test at Trent Bridge but there seemingly will have to be a dramatic change of fortune for either him or Root if that is going to happen.

Many feel that the decision is a little harsh on Compton who had ostensibly cemented his place with back-to-back tons on England’s tour of New Zealand in March.

The soon-to-be 30-year-old will play Australia, though, before the first Ashes Test on 10 July.

The Aussies play Somerset – Compton’s county side – on Wednesday as part of their own preparations for the landmark five-Test series.

Conceivably, if Compton scores heavily in the four-day clash against the old enemy he could, yet still, wrestle back his place.

National selector Geoff Miller said: “We believe Joe Root is currently the best opening partner for Alastair Cook, and he will open the batting against Essex.

“Joe has performed well for Yorkshire at the top of the order earlier this season, and during his international career so far has proven to be very adaptable in all three formats and relished the challenge of international cricket.’

Meanwhile, uncapped bowler Boyd Rankin was also picked in the 14-man squad for the first-class fixture at Chelmsford.