Ashes 2013: Mickey Arthur admits he is disappointed after he was sacked by Cricket Australia 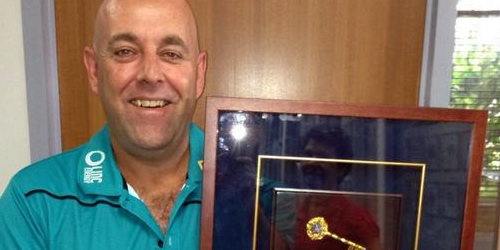 Mickey Arthur admitted he is “disappointed” after being sacked by Cricket Australia following a series of problems on and off the field.

The South African attempted to oversee a transitional phase within the team, ahead of back-to-back Ashes series this year.

But after rumours of a dressing room split and a number of poor performances that culminated with the team finishing bottom of their group in the Champions Trophy, Arthur was dismissed and replaced by Darren Lehmann.

“Naturally I’m very disappointed with how this has all ended,” Arthur said. “I certainly wanted to see the job through but I accept that the team hasn’t been completely galvanised under my leadership and our performances have been inconsistent.”

The national side have dogged by several scandals this year that have occurred alongside dreadful performances on a Test tour to India, followed by the recent Champions Trophy.

First, there was “homework-gate” where four players – Mitchell Johnson, James Pattinson, Shane Watson and Usman Khawaja – lost their places ahead of the third Test for failing to do a presentation on their own performances.

And most recently Australia were embarrassed, once again, when David Warner’s bar scuffled with Joe Root after the match against England in the Champions Trophy group stages.

The incident saw Warner banned for the rest of the tournament by Cricket Australia, and Arthur did conceded that for the Wallabies to be more successful the team needed unity in their ranks.

“I’m certainly a believer in good culture and traditions much like all Australians and feel we were starting to get a shift in the right direction,” added Arthur. “We certainly need the team to be absolutely unified if we’re any chance of beating the English.”

British & Irish Lions 2013: We should have lost, admits O’Driscoll