British Grand Prix 2013: Lewis Hamilton admits that he is desperate to recreate his 2008 triumph and win at Silverstone 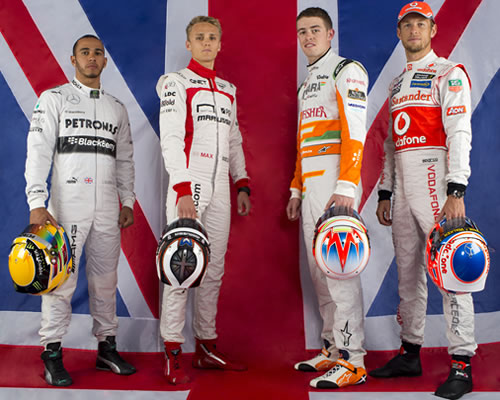 Lewis Hamilton admits that he is desperate to recreate his 2008 triumph and win the British Grand Prix later this month.

Hamilton produced a masterful drive to win at Silverstone for McLaren five years ago after starting the race in fourth place.

And the Mercedes driver, who is currently fourth in the standings heading into the race, is keen to emulate his feat this time around.

“Winning the British Grand Prix in 2008 was an incredible moment for me,” said Hamilton.

“I’ve been aiming to repeat it every year since and I’d love to win my second race at Silverstone.

“We have a good car this year so I hope we can do it and it would be great to make the team proud at my home race.

“Silverstone is so special for the British drivers and the weekend is made by the amazing support from our home fans.

“The atmosphere, the flags flying around the circuit and just seeing everyone supporting us really does lift you.

“I hope we can put on a good show for them and we’ll be pushing as hard as possible to give them a great weekend.”

Buy tickets for the British Grand Prix on viagogo