British Grand Prix 2013: What lessons did we learn as Mercedes' Nico Rosberg took the chequered flag in an explosive race? 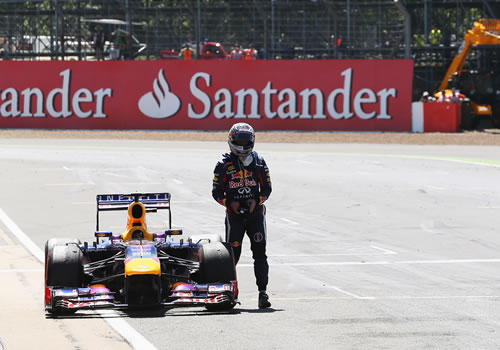 ‘Tyre’ is just a four-letter word at Silverstone

Pirelli will be red-faced after what was a concerning race for all involved – teams, drivers and fans looked on is disbelief as tyre problems dogged proceedings. Work must be done to improve the structure of these tyres and arguably they were lucky that nobody was seriously hurt. Fernando Alonso admitted he was scared when a tyre exploded in front of him and says he was lucky to be able to avoid it – several drivers including Jenson Button have signed a letter voicing their concerns. The whole weekend was undoubtedly over-shadowed by safety concerns over the tyres as we saw six tyres effectively explode, taking the total up to 18 this season. There is a real need now for Pirelli to work harder to solve this problem, if they are to remain as the sole tyre supplier for the sport.

Disaster can lead to triumph

It should perhaps come as no surprise that Lewis Hamilton could not pull off a victory as only a third of drivers who clinch pole go on to win at Silverstone. Anything can happen in a race – nothing is set in stone – and the British Grand Prix certainly proved that. Several drivers had amazing comebacks to finish in the points most notably Mark Webber, Lewis Hamilton and Fernando Alonso. No doubt the tyre incidents helped some drivers clinch much-needed points, but even the most disastrous starts can end in triumph. It seemed like it was all over for Hamilton after losing the lead and dropping to last place but he crawled his way up the grid to finish in fourth place – despite not winning, he was the crowd’s hero.

Brit Marshals do it best

It’s common to see the marshals relaxing at the side of the track, but the Silverstone officials must be praised for their hard-work during the dramatic race. The team were constantly kept on their toes having to dash out on to the track to clear tyre debris – a sight likened to a hoard of orange locusts. The work of the marshals was integral to the smooth-running of the race and the safety of the drivers. The sad news of the death of a Canadian marshal at the last race is a reminder of the danger they place themselves in for the love of the sport.