British & Irish Lions 2013: England's Christian Wade is called up to the Lions squad to provide cover amid a growing injury list 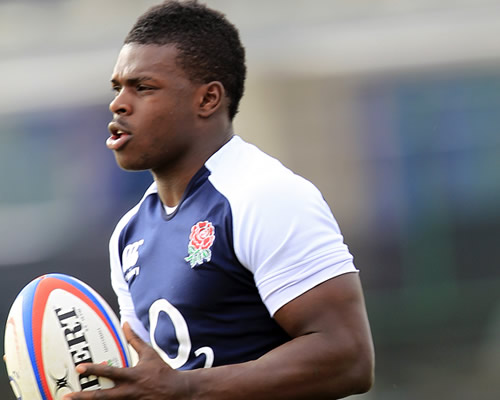 Christian Wade has been called into the British and Irish Lions squad and will leave England’s tour of Argentina on Saturday.

The London Wasps’ wing, 22, has been drafted in to provide cover for injuries in the squad and he will depart from Buenos Aires tonight and is due to arrive in Australia on Monday.

As a result, Gloucester youngster Jonny May will win his first cap for England against Argentina in the second Test at Velez Sarsfield on Saturday.

England head coach Stuart Lancaster said: “We’re delighted for Christian. He’s been in excellent form, played really well on his Test debut against Argentina last weekend and he goes with the best wishes of all the England players and management.

“Jonny May comes into the side to win his first cap against the Pumas today. He’s been an important part of our squad over the last four weeks, he’s up to speed with everything we’re doing and this is a great opportunity for him.”

Warren Gatland’s men were 47-17 winners against the New South Wales Waratahs on Saturday morning but the Lions suffered a blow after centre Jamie Roberts picked up an injury to his right leg.