Champions Trophy 2013: Anderson hoping England will have the edge 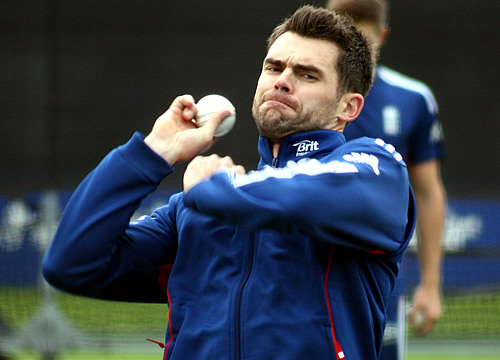 James Anderson says he hopes home advantage can give England the edge in their bid to lift the ICC Champions Trophy for the first time.

It is the first time that a country has hosted the tournament on two separate occasions, and the hosts will start their campaign with a tough test against reigning champions Australia at Trent Bridge.

“We’ve got an advantage of it being in England, so we hope we can show people how good we are,” said Anderson.

“We’ve never won a 50-over ICC competition, so it’s something we’re looking to as a real challenge for us.”

The tournament was last hosted in England back in 2004, with the home side finishing as runners-up after losing to the West Indies in the final.

But Anderson only sees previous failures as something positive to build upon as the team gear up for their opening match.

“I was part of the squad for the Champions Trophy in 2004 when it was last in England. We got to the final of that and lost out unfortunately. I hope we can go one better this time,” added Anderson.

“We’ve got guys in the team that have got plenty of experience in competitions like this, so we know exactly what’s needed to progress. We want to prove we’re a very good one-day side and I hope we can do that.”

Sebastian Vettel would be happy to work with Kimi Raikkonen