England v New Zealand: Eoin Morgan refuses to criticise his side despite a five-run defeat in the opening T20 at the Oval 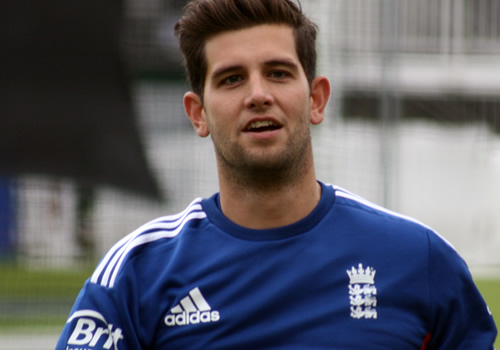 Eoin Morgan has refused to admit that England have a problem seeing out victories with the bat after the hosts suffered a five-run defeat by New Zealand in the opening T20 international at the Oval.

After losing to India in Sunday’s Champions Trophy final when well set, England, again, fluffed their attempt to get back to winning ways against New Zealand, despite needing 16 off the last over with two recognised batsmen at the crease.

However, Morgan – England’s stand-in skipper, in place of the rested Stuart Broad – feels the two games shouldn’t be compared and preferred to instead focus on a number of notable performances from his young side.

“It was (today) very different circumstances if we had played that way (on Sunday) on that sort of pitch we would have chased 120 down in about 10 overs but obviously not very enjoyable not to get over the line,” Morgan said.

England were put under pressure from the off by an well-oiled New Zealand outfit and it was no surprise that the visitors manged to surpass the 200-mark in their 20 overs.

But England fought back well with the ball and with bat, too, however they could quite match the efforts of Brendon McCullum’s side, despite a half-century from Luke Wright and cameo efforts from Alex Hales and Michael Lumb.

“I think the guys showed great intent and great strength of character over the whole game, particularly when we bowled,” added Morgan.

“We managed to stay in the game throughout because we knew it was going to be a very good wicket with a short boundary on one side.

“With the strength of depth and the big hitters in the middle order it was very much within our capabilities but to not get over the line it was a very small margin, especially in a T20 on a very good wicket.

“One blow and we would have won the game. (There was) not a great deal to be disappointed with – a lot of positives to come out of it. Hopefully we can turn it around for Thursday.”