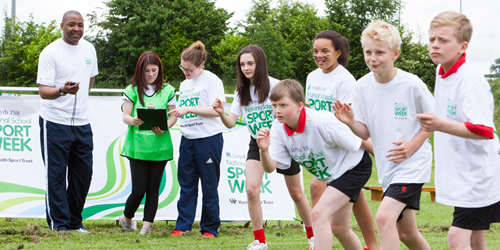 Former Olympic champion Darren Campbell insists Jessica Judd showed maturity beyond her teenage years as she led the way for Great Britain at the European Team Championships in Gateshead.

Judd was making her first tentative steps at Gateshead International Stadium as she donned the senior Great Britain vest for the first time.

But the 18-year-old didn’t so much step on to the main stage but leap as she claimed Great Britain’s first victory of the event after coming home in the 800m in 2:00.82 minutes.

Judd’s victory is made all the more impressive considering that just three days before making her senior international bow she had only just finished sitting her final A-level exam at King John School.

The teenager not only got the fervent crowd off their feet in the North East and also opened the floodgates as Great Britain went on to finish third – Russia and Germany taking the top two spots.

And it is this desire to stand up and be counted that Campbell, who claimed 4x100m gold at the Athens 2004 Olympics, believes will set her in good stead as she bids to prove that she is no flash in the pan.

“When I was doing my analysis after the European Team Championships and I was looking back at it all the performance that really shone for me was Jessica,” said Campbell, a Youth Sport Trust ambassador and speaking at the Lloyds TSB National School Sport Week event at Werneth School.

“With the start that we had on the first day it was really Jessica that raised the spirits in the stadium and really got us off to the perfect start.

“She kind of showed the way forward for the team which is a tremendous thing for someone so young and new to that environment to do.

“She got the team going and everyone seemed to feed off what she did and she played a big part in helping us finish where we did.

“The rest followed on from what she did and for such a young athlete to lead the way is fantastic.

“She has a bright future which everyone will sit up and take note and it will be about how she builds on this and doesn’t let that get to her. But after juggling her A-levels and everything at the weekend I am pretty confident she won’t do that.”

Judd was not the only youngster to impress for Great Britain at Gateshead International Stadium at the weekend with 19-year-old Emelia Gorecka putting in a gutsy performance to claim second in the women’s 5,000m.

And Campbell, who also won 200m silver at the 2000 Sydney Olympics, believes the form of Judd and co shows that the good times can continue to roll for Great Britain for some time to come.

“I was working down at Gateshead for the European Team Championships and I think the first thing that stood out for me was that the youngsters performed really well, like Jessica,” he added.

“The athletes were going in there with a little amount of experience really and were a little shy and came out with bags of experience and more understanding of what that level is all about.

“And that can only be good for the sport moving forward, these young exciting guys coming through and growing and learning and despite the win Jessica would have learned so much more about being a part of that team that will set her in good stead moving forward.”