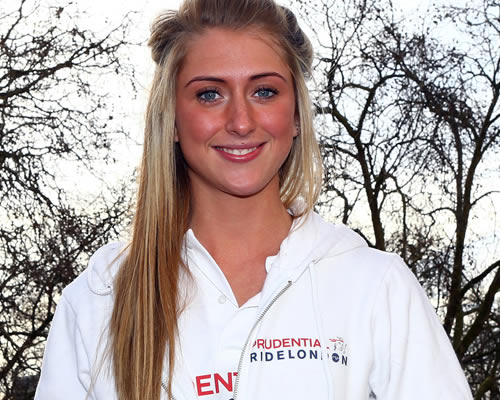 Double Olympic champion Laura Trott admits it won’t be too long before she makes a decision on whether to ride at the UCI World Road Championship in Florence in September.

Trott has split her time between the boards and tarmac this year, competing at the British Cycling National Road Race and Time Trial Championship in Glasgow at the weekend.

The 21-year-old was fifth in the time trial and second in the road race having beaten Dani King, with whom she won team pursuit gold at last summer’s Olympics, in a sprint to the line.

Trott will now turn her attentions onto next month’s European Under-23 Track Championship in Portugal and will soon decide if she’s to ride the time trial at the road worlds two months later.

“The Nationals were really good and the road race was a really good race,” said Trott, who also won Olympic gold in the omnium as well as the team pursuit at London 2012 last summer.

“I am now going back to the track working towards the European Under-23s and it will be good to go to Portugal. I like it there and I am looking forward to that and getting back doing the omnium.

“The omnium is not just a physical test, there are so many ups and downs and after the flying lap you love it but after the points race you are like ‘why did I say yes to this?’.

“You have the individual pursuit in the morning of day two and you are like ‘I can’t wait for this day to end’ but once the day starts you really get back into it.

“I might be doing the time trial worlds as well. We are going to a test event in Sweden after the European Under-23s and I will have to decide.”

Trott was bunched with King and Olympic silver medallist Lizzie Armitstead on the penultimate lap of the road race in Glasgow but it was all change on the final 14km circuit.

Armitstead attacked with Trott then beating Wiggle Honda teammate King for second and adamant that she wasn’t prepared for it to be the other way around.

“When Lizzie dropped me I was in the middle of her and Dani and Dani came past me so I sat on the back of her,” she added.

“There were no team orders by then so it was really good to finish with a sprint and I wasn’t prepared to let her go through and I just won the sprint.

“We had a team plan that we wanted to be in the last four of the race and together it came to the finish and a sprint.”

Tour de France 2013: Three outsiders to watch out for