Man United transfers: Serie A outfit have no intention of selling Claudio Marchisio to the Red Devils this summer 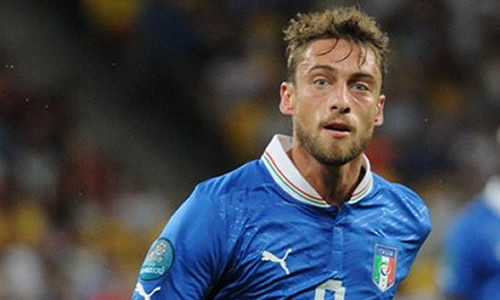 Juventus have no intention of selling Claudio Marchisio to Manchester United this summer, the Serie A club’s general manager has declared.

United are thought to be on the trail of the Italy international, who scored six goals and made one assist in 29 top-flight appearances last season.

The 27-year-old has been one of the driving forces behind Juve’s recent success, helping the Turin outfit win back-to-back Serie A titles in 2012 and 2013.

But Juve chief Guiseppe Marotta insists that the Serie A champions will not be parting company with the midfielder, who has also been linked with a move to Monaco.

“Marchisio? There is no meeting; there is no problem with him,” said Marotta.

“Juventus have never thought about putting him on the market, he is an important player and we will try to keep him with us.”

Last week, Marchisio admitted he was flattered by interest from the Red Devils but reiterated his desire to remain at Juventus beyond the summer.

“There are things to be proud of, but I am not sure if they are true,” Marchisio told Gazzetta dello Sport.

“I have not heard from anyone at Manchester United or Monaco.

“When I talk with my club everything will become clearer.”

Marchisio, who has been in Turin his whole career, has scored has scored 28 goals and made 23 assists for Juventus.

Arsenal transfers: ‘Gonzalo Higuaín is perfectly suited to the Gunners’

Lewandowski would be perfect for Arsenal, declares Podolski