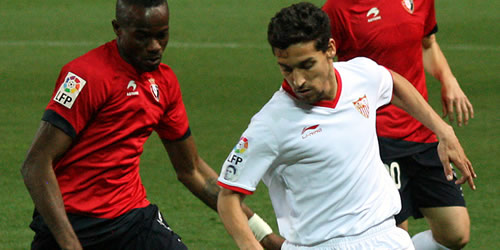 The Chilean was confirmed as Roberto Mancini’s successor on Friday after weeks of speculation linking the former Málaga manager with the vacant position at the Eastlands outfit.

Navas has experience of playing against Pellegrini’s La Liga sides – Málaga, Real Madrid and Villarreal – and he reckons the South American will get the best out of City.

“Everything I know about him is positive. Every team he coaches plays well, and everyone in the city will support him,” Navas said of Pellegrini, who signed a three-year deal on Friday.

“He’s important because he will help the team and we all know the importance of a good manager and a good person that we trust,” Navas declared.

“I think [his teams are good] defensively as well.

“He clearly knows how to take a team, work hard, and get the most out of us.”

And the 27-year-old, who is part of Spain’s squad at the Confederations Cup, is relishing the chance to face his international team-mates in the Premier League.

“I’m looking forward to playing against the Spanish players that are here. Cazorla, Monreal, Reina, Torres, Mata, and then doing well in such a good league,” he said.

“It’s a great league. There are players who are known all over the world playing in the Premier League.”