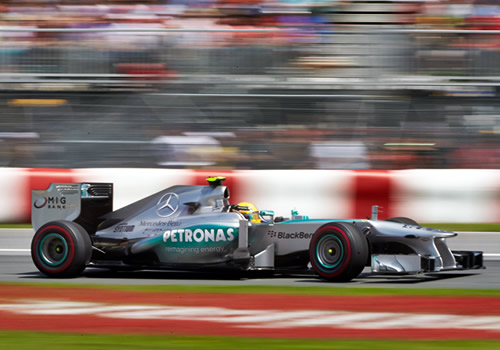 Mercedes have been banned from the young driver test Photo: Mercedes AMG Petronas

Mercedes have been banned from this year’s young driver test and reprimanded for taking part in a controversial Pirelli tyre test.

The tyre manufacture has also been reprimanded for its role in running a 2013 Mercedes car at the three-day test in Spain last month.

After a hearing on Thursday, the FIA tribunal’s panel of judges delivered its verdict on Friday and found that both had acted in good faith in conducting the test.

The tribunal also found that Mercedes had breached Formula 1 rules and an article covering bringing the sport into disrepute.

In a statement Mercedes said that it “acknowledges and accepts the decision of the tribunal.”

It continued: “The decision of the international tribunal confirmed that the team acted in good faith regarding the Pirelli tests, never intended to obtain any unfair sporting advantage and had no reason to believe that approval for the Pirelli tests had not been given.

“Mercedes accepts the proportionate penalties of a reprimand and suspension from the forthcoming young driver test that have been decided upon by the tribunal.

“Mercedes would like to once again restate its firm belief in proper due process and commend the FIA for the principle of an independent disciplinary body.

“The team would furthermore like to thank the international tribunal and its president for the fair hearing it received yesterday.”

The young driver test runs for three days at Silverstone from 17-19 July.

Meanwhile, Red Bull team principal Christian Horner said of the verdict: “We raised the protest as we wanted clarity on whether you are allowed to test in-season with a current car, as we believe this was a breach of the regulations.

“The penalty is not for us to decide. It was for the tribunal to decide and they have made their decision.”