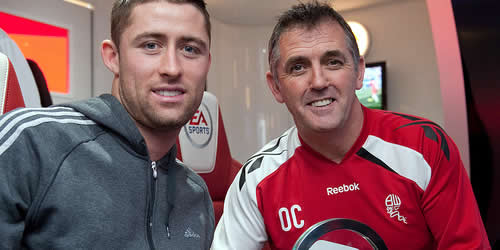 Dave Whelan has warned Wigan Athletic’s new manager Owen Coyle that securing a return to the top flight – and not the Europa League – is the club’s priority next season.

The Latics, who won the FA Cup in May, have appointed the former Bolton Wanderers manager on a 12-month rolling contract after Roberto Martínez left to take charge of Everton.

Coyle was sacked by the Trotters last season, but Whelan believes the Northern Irishman is more than capable of guiding the Latics back to the Premier League.

“I thought he was the best candidate we had to choose from. We have had some very, very good candidates and it is never an easy job selecting a new manager because a manager can have good luck or bad luck and you can choose the right one or the wrong one,” Whelan told TalkSport.

“A lot of people in Wigan will have seen Owen Coyle at Bolton and think, ‘oh, Bolton sacked him, why would he come to Wigan?’ But they have to know the man and his capabilities and he has got some real good quality. He did so well at Burnley. He got Burnley into the Premier League.

“The meetings I have had with him have gone very well. He obviously trusts me and I am putting my faith in him. Hopefully, we can fight our way back into the Premier League.