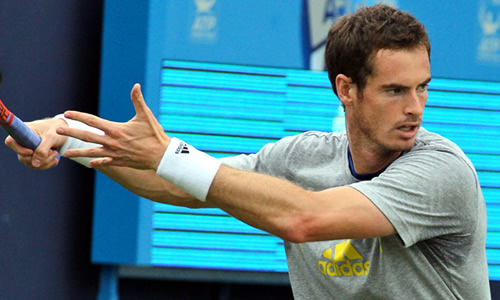 The final day of the Aegon Championships at Queen’s Club will climax this year not just with two title matches, for the doubles and singles titles, but with a special all-star exhibition match between the top two men’s seeds this year, Andy Murray and Tomas Berdych.

They two of them, of course, may first feature in the trophy match itself. As top seeds, ranked Nos2 and 6 in the world, Murray and Berdych have both enjoyed good form this year. But that should not prove a problem if and when they reconvene for the tournament’s last hoorah in 2013. For they will be joined by two familiar faces from Queen’s past in a doubles feature that will assuredly be a crowd pleaser.

Murray will be partnered by fellow Brit and three-time finalist, Tim Henman, while Berdych will have the help of Murray’s coach and fellow Czech, Ivan Lendl, who won at Queen’s in 1989 and 1990.

Afterwards, Murray and Henman will face each other across the net, playing alongside a series of doubles partners that is billed to feature the Mayor of London, Boris Johnson, TV stars Michael McIntyre and Jonathan Ross, Sir Richard Branson and actor Eddie Redmayne of Les Miserables fame.

The cause is one close to Murray’s heart, the Royal Marsden Cancer Charity, which supports the world-leading cancer centre The Royal Marsden that is treating friend and fellow British player, Ross Hutchins.

Hutchins was diagnosed with Hodgkins Lymphoma last December after one of his most successful seasons. He and partner Colin Fleming qualified for the World Tour Finals at the O2, the season-ending climax for the best eight doubles teams in the world, but Hutchins recollected:

“I had been struggling with terrible back pain for a long time. Finally I was told that it was cancer of the bone in the back. It came from the lymphoma originating in the chest, which I now know I had been carrying for 18 months.

“I was put on a six-month course of chemotherapy—and so far the treatment is going well.”

The Royal Marsden is a world-leading cancer centre specialising in diagnosis, treatment, care, education and research, and Hutchins has nothing but praise for the hospital: “It has become a big part of my life over the last six months and provides treatment, comfort and hope for thousands of people in situations similar to, and worse than, mine.

“As soon as I mentioned it to [Murray and Berdych] , they immediately wanted to be involved, and I’m really grateful.”

Branson said: “When news of Ross Hutchins’ illness broke, the tennis world were quick to react, reinforcing the strong community spirit the sport evokes. I am more than happy to show my support for the Rally Against Cancer.”

Johnson, on a lighter note, said: “I’m delighted to have been invited to take part in the Rally Against Cancer…However, given the LTA’s generous decision to donate £10 for every ace served, I am concerned that their bank balance will look a little thin after I’ve finished with Mr Henman and Mr Murray!”

Donations can be made directly on the web at justgiving.com/RallyAgainstCancer2013 or donate £5 by texting ‘RALL60 £5’ to 70070.