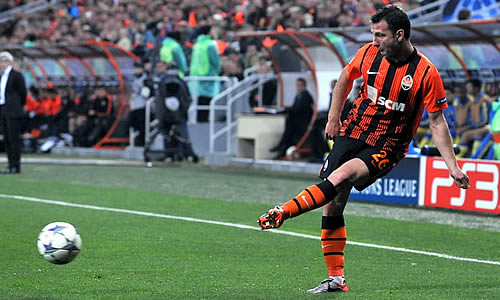 Razvan Rat admits it is an honour for the defender to wear the West Ham United shirt after completing a move to the Hammers last month.

The Romania international has penned a one-year deal with the east London side, which includes an option to extend his deal by a further two or three years, after opting to leave Shakhtar Donetsk.

The 32-year-old, who joined on a free transfer, has won seven Ukrainian Premier League titles and the Uefa Cup during a 10-year spell with Shakhtar, and Rat is excited to take on a new challenge at Upton Park.

“First of all I am very happy to wear a West Ham United kit,” Rat told West Ham’s website.

“For me it’s an honour to wear this shirt and to play in the Premier League. I will be very proud to wear the claret and blue colours and I hope to satisfy the fans.

“I’ll be very excited when I pull on the kit for the first time, because it will be my first game here.”

Rat could make his West Ham debut against newly-promoted Cardiff City at Upton Park on the opening day of the season.

Arsenal transfers: ‘Wayne Rooney would be a risky signing’