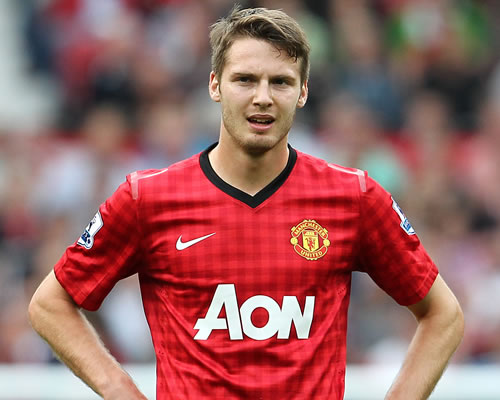 Rob Jones has expressed his surprise at Manchester United not giving youngster Nick Powell more of a chance to impress in the first-team last season.

Sir Alex Ferguson plucked the 19-year-old from League Two outfit Crewe Alexandra in June 2012 after the midfielder scored an impressive 16 goals in 45 appearances for Dario Gradi’s side in the 2011-12 campaign.

The England Under-21 international made his Premier League bow following the £6m move as a second-half substitute against Wigan Athletic in September, scoring on his debut as the Red Devils ran out 4-0 winners.

Despite making an eye-catching start to his United career and earning favourable comparisons to Cristiano Ronaldo, Powell only made a further five appearances for the Red Devils in all competitions last season.

Powell’s move to United echoed Jones’ own fairy-tale switch from Crewe to Liverpool in a £300,000 deal in 1991 – and former Reds right-back is surprised the playmaker hasn’t been given more chances to show his talent.

“When I saw Nick play at Crewe, I thought he was brilliant,” Jones told The Sport Review.

“I thought when Manchester United bought him that they’d be putting him into the first-team a lot more. He’s big, strong, fast – and he’s scores goals.

“I’m surprised that he hasn’t been given more of a chance. He’s still young though.”

The stories of Jones and Powell are both unique after the pair were unearthed in the lower leagues before joining two of England’s most prestigious clubs.

Jones made his debut just 48 hours after sealing a dream move to Anfield – and the right-back, aged 21, produced a man-of-the-match performance to tame teenage sensation Ryan Giggs at Manchester United.

But the former Crewe Alexandra youth graduate reckons that his story – and Powell’s too – will not be emulated on a regular basis in the future.

“It doesn’t happen as much now,” he added.

“I’ve been up to Liverpool’s a academy quite a lot in the last few months, and I know they’re desperate to find the next Jamie Carragher and Steven Gerrard because there are not a lot of players coming up through the academy – proper scousers.

“It seems to be very hard at the moment.”