Tottenham transfers: Five players who could join Spurs this summer

Tottenham transfers: The Sport Review takes a look at five players who could be heading to White Hart Lane this summer 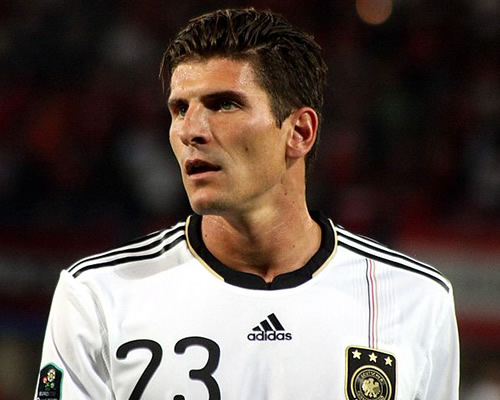 Mario Gómez has been linked with a transfer to Tottenham Hotspur Photo: Steindy/Wikimedia

The Brazil international has long been linked with a transfer to White Hart Lane and came to within a whisker of joining Spurs in the last two windows. The Internacional striker, who has 16 caps for Brazil, is understood to be rated highly by Andre Villas-Boas, but a potential move to north London fell through in January due to inflated fees and wage demands. The 23-year-old continues to be linked with Spurs this summer, although Marseille and Napoli are also keeping tabs on him.

If the latest reports are to be believed, Spurs are prepared to offer Aston Villa a cash-plus-player deal to prise the Belgian away from Villa Park, with Jermain Defoe heading in the other direction. Villa, however, insist that they have not yet received any formal offers for the 22-year-old and remain intent on keeping him at the club. Benteke enjoyed a stunning first season in the Premier League after joining Villa from Genk last summer, scoring 19 league goals in 34 games and helping Paul Lambert’s men avoid relegation. Benteke and his representatives have said that they will resume talks over his future later this month, after he concludes his international duties with Belgium.

The Barcelona striker recently insisted that he is happy at Camp Nou but that has done little to quell the speculation linking him with a transfer to the Premier League. Villa has been touted as a target for both Arsenal and Spurs in recent months, with both north London clubs looking to bolster their attacking options ahead of the new season. Arsenal were reportedly close to landing the forward back in January but Spurs are understood to be keen on bringing him to White Hart Lane this summer. The 31-year-old Spain international was limited to just 17 La Liga starts for Barcelona last season but still managed 10 goals and five assists.

The 28-year-old Valencia striker has again emerged as a possible target for Spurs in the last few weeks. The Spaniard has been in prolific form and scored 24 goals in 33 starts for Valencia in La Liga last season. Villas-Boas is keen to bolster his options up front, with Emmanuel Adebayor and Jermain Defoe failing to deliver for large spells of the last campaign. The north Londoners reportedly came close to landing Soldado last summer just after Villas-Boas took over from Harry Redknapp. Valencia value Soldado at £20m, which would make him a record signing for Spurs should they snap him up this summer.

There has been plenty of speculation about the Germany international’s future in recent weeks after it emerged that he is set to leave Champions League winners Bayern Munich this summer. Chelsea and Spurs have both been touted as possible Premier League destinations for the 27-year-old forward, who was limited to just nine Bundesliga starts last season but still managed an impressive 11 league goals. Spurs are reported to be lining up a £7m bid for the out-of-favour striker, who has also been attracting interest from Napoli and Bayer Leverkusen.