Tour de France 2013: Four of the most demanding stages

Tour de France 2013: Ghislain Hofman takes a look at four of the most demanding stages on this year's race 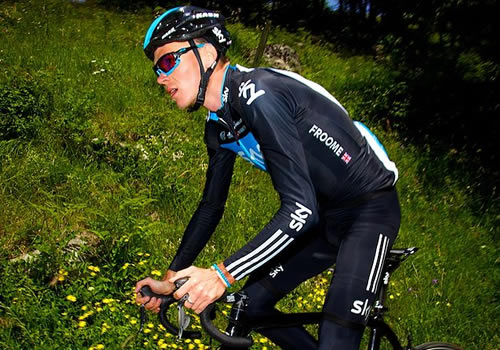 A week into the Tour De France, the race hits the Pyrenees from the town of Castres. This will prove the first real test for the overall contenders for the yellow jersey. They are faced with two major climbs in the final 50km of racing. Being at the base of the final ascent in good shape and with the main peleton, will be important for what is a sapping final climb. The Pailheres is 15.3km at around eight per cent. Anything consistently over seven per cent will crack weaker climbers or anyone not having a good day. It’s on a more major road so the descent should be pretty quick and they will climb into Ax 3 Domaines then from the bottom of that climb for difficult 7.8km at 8.2 per cent – it really should break up here on final climb if it hasn’t already. While the Tour won’t be won on this stage, it could well tell us who isn’t a contender and who is interested in the race polka dot jersey.

The first of two individual time-trials in this year’s tour. This will be the most important of the two in deciding the race. It’s the more likely of the two to expose any weakness in the time-trialing of the main contenders. This highly interesting time-trial heads to one of France’s most historic sites, the Mont Saint Michel. From the start ramp in Avranches, the riders should be able to see the finish if the weather is clear. The nature of the test heading south then west means the wind will be a key factor and hopefully it doesn’t change so much that will affect the result. A headwind should increase the time gaps for the strong time trialers. The specialists will really enjoy this time-trial as the second half of the course is really fast. Chris Froome, and the better time trailing riders, will look to start their push on yellow from here.

A huge stage for the riders as the rest comes the next day. This will be a big day out, finishing at the top of the famous Mont Ventoux after a huge 2425km in the saddle – and all this happening on Bastille Day so the French flags will be out in force hoping for a home winner. The long day should ensure nothing gets too fast in the stage until the final 21km of climbing were the gaps will start to occur as the weaker legs crack. The riders will start a half-circuit of Ventoux, passing over the Col de la Madeleine and into Bedoin. The riders then climb Mount Ventoux and its moon-like landscape to its peak. The direction of the wind is crucial as a head wind can play havoc on any attacks. Usually, it comes in from the front, potentially nullifying attacking intentions, but it is so draining that not cracking can be as good as any attack on the steeper sections of this famous climb. The last time the Tour went up here, Tony Martin managed to stay away with his breakaway partner Juan Manuel Gárate, who took the stage win ahead of the chasing pack. It would take something special for a break to take this one. Sky will be likely to look to control most of this climb with their famous tempo setting. It will be interesting to see what the other teams plan to throw them of their game.

The final great stage of this year’s Tour. A great stage is on the cards with a finish on Alpe d’Huez. This will be the 28th visit for the Tour to this most-famous climb and they will take it on more than once to the concern of some riders who have voiced their apprehension over the condition of the road to loop back to the base of the climb. There is barely any flat spots in the day as its pretty hilly until they head downhill for the base of the first climb of the Alpe D’Huez on which they cut off just before the top avoiding the steep finish. The riders then do a little bit more climbing before heading down to do it all over again – this time in full (13.8km at a leg burning 8.1 per cent) with the finish of this climb one of the most-testing around. The winner will have their name engraved in one of the 21 hairpins. Pierre Rolland won here in 2011 but may not be riding after recording low levels of cortisone during a recent race day. A huge stage that will be targeted by riders looking to make back time lost in the previous days’ time trial.