Tour De Suisse 2013: Ghislain Hofman takes a look at events in Switzerland nine days ahead of the Tour De France 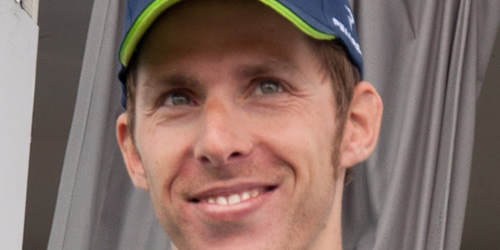 Uphill time trials are in vogue

It wasn’t so long ago that a climbing time trial was a rare occurrence, something different thrown into a grand tour to give it a bit of freshness and something new. Even then the cycling old school would complain it did not have a place as a regular feature of a race. This season there has been a huge number of time trials with long climbs mostly as the finish, and the Tour de Suisse was no different, with its final stage an uphill time trial being won by Rui Costa ahead of Tanel Kangert, Bauke Mollema and Thibaut Pinot. All bar Kangert will be present in France at the end of June. The Tour has rolled with this just like the Giro but thrown in a twist in true grand tour fashion. Stage 17 will involve time trialling over two category 2 climbs before a downhill run in, this should get interesting as it brings in two fast down hills to the test. This sort of time trial afford the non-specialists a chance to better limit any losses in a time trial than the other two earlier in the tour.

Movistar have more than one leader

Rui Costa managed to defend his title in Switzerland by taking a win on two of the final three stages. He did this with a weaker supporting cast than last year when many experts stated that Alejandro Valverde, who paced him on his bad day, had been main reason for his victory. This year he lined up without Valverde in tow, but he rode impressively for the whole week and proved that he is fast becoming a week-long tour racer to be feared. As a result, Movistar now have some serious leadership dilemmas. Beñat Intxausti rode well at the Giro, Valverde has being the biggest name in the team and wants to lead the tour team, but both Quintana and Rui Costa are making noise that they deserve thinking about for this year’s tour. Quintana is one of few riders not put in his place by Chris Froome this season and he is looking a really strong favourite for the tour. They have a lot of depth in the squad and could do well if they decide to play two cards for the tour rather than focus on just the one.

Evans could well be the leader for BMC

Going into last month’s Giro, there was a power struggle at the BMC team. Cadel Evans came into the Giro with the year going far from how he would have hoped. However, he got his act together and made very few mistakes, finding only the super talented Vincenzo Nibali and Rigoberto Urán too good for him as he took second in the year’s first grand tour. Tejay van Garderen, who took on the BMC leadership in last year’s tour, had won the Tour of California with a mountain top and time trial win. He lost time early in Switzerland and ended up doing work for team-mate Frank, who will surely be helping out either Evans or Van Garderen in a month’s time. Evans, now hitting the wrong side of 30, could well have one more go at a second tour title with the full support of BMC, a team he carried when they first formed and struggled to find success, but it’s a huge ask with a giro already in the legs.

A French tour winner is still some time off

Thibaut Pinot of Francais de Jeux put in the best effort of the French riders but could only manage a fourth in a field lacking any of the main Tour favourites. He managed a win on stage eight in last year’s Tour and broke the top 10 with Pierre Rolland eighth. Rolland has his own issues with a possible drug ban looming over racing when he should have been withdrawn under the rules. In 2011, the French managed three riders in the top 10, a great improvement after years without even a contender. However, a rider to break the podium drought is some time off yet. France waits patiently for its first winner since 1985, never mind its first podium finisher since the mid-90s. Pinot looks the main man for that right now.