Wimbledon 2013: Murray will be under extra pressure, says Djokovic

Wimbledon 2013: World No1 Novak Djokovic reckons Britain's Andy Murray will be under a "little extra pressure" at SW19 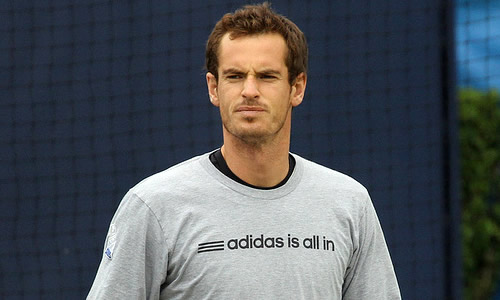 The British No1, who was a losing finalist last year, is the only player inside the top four world rankings to play a Grand Slam in front of his home crowd.

And the Serb, who was defeated by Murray in a memorable US Open final last year, admitted the Scot has huge expectations to contend with at SW19.

“I guess that adds a little bit of extra pressure to him because he has got huge expectations from his country,” said Djokovic.

“They’re waiting for the local winner but he’s gotten much better since last year this time because he has played Wimbledon finals.

“He came back and won a gold medal. He won US Open. He’s already a few big titles under his belt.”

Going by the rankings, Djokovic could face yet another monumental tie against Murray in this year’s championship final but he praised the world No2’s ability to handle the “big stage”.

He added: “He definitely knows what it takes to play on a big stage. I think he handles the pressure really well.

“But everybody feels pressure. Pressure is part of what we do, part of professional sport.

“It’s a challenge, but it’s also a privilege because having pressure means you’re doing something that is important, that is very valuable.

“You have to learn how to deal with it and accept it.”

Djokovic will begin his campaign for a second Wimbledon title against Florian Mayer in a re-match of last year’s quarter-final tie.